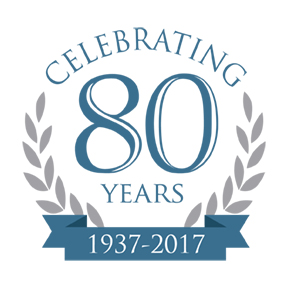 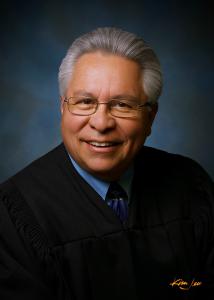 The Honorable John Romero, Jr. of Albuquerque, N.M. will become president of the NCJFCJ in July 2018.

Judge Romero’s knowledge of the judiciary, his compassion and dedication to the children and families he serves, and his ability to educate and engage his peers will make him a great leader.”
— Joey Orduna Hastings

The NCJFCJ Board of Directors recently elected Judge Romero as president-elect, after serving as a member of the organization for 13 years, with five years on the Board. He will serve in that capacity until taking the president’s title.

Judge Romero also serves on the NCJFCJ Governance and Family Violence and Domestic Relations Committees. He is also the lead judge for the NCJFCJ’s National Judicial Institute on Domestic Child Sex Trafficking, which has educated more than 400 judicial officers nationwide to better identify children at risk of child sex trafficking, and encourage judicial leadership to help improve outcomes for victims.

“The NCJFCJ has been fortunate to have Judge Romero as our lead faculty judge for our National Judicial Institute on Domestic Child Sex Trafficking since its inception,” said Joey Orduna Hastings, NCJFCJ CEO. “Judge Romero’s knowledge of the judiciary, his compassion and dedication to the children and families he serves, and his ability to educate and engage his peers will make him a great leader of this organization.”

As presiding judge of the Second Judicial District Court’s Children’s Court Division in Albuquerque, N.M., Judge Romero hears delinquency, child welfare and adoption cases. Judge Romero is actively involved in his community’s family violence prevention efforts and was recognized with the 2007 Spirit Advocacy Award. He presides over the Program for the Empowerment of Girls (PEG), an intensive multi-agency juvenile probation program for girls who have some type of violence and trauma in their history.

“The Second Judicial District Court is honored to have Judge John Romero serve as the President-elect on the NCJFCJ Board of Directors,” said Chief Judge Nan Nash, Second Judicial District Court. “Judge Romero’s lifelong work, dedication and compassion have helped improve the lives of countless children and families in New Mexico. He will bring that same enthusiastic leadership to the NCJFCJ.”

Judge Romero is co-chair emeritus of the Children’s Court Improvement Commission. He remains involved with the Tribal-State Judicial Consortium. He was the first judge in the country to be recognized as a certified child welfare law specialist by the American Bar Association (ABA)-accredited National Association of Counsel for Children. In 2014, Judge Romero received the Alice King Public Service Award. Earlier this year, Judge Romero accepted an appointment on the National Advisory Committee on the Sex Trafficking of Children and Youth in the U.S.

"The New Mexico judiciary is proud that one its most experienced and conscientious judges will now have the opportunity to lead the NCJFCJ as it continues the important work of improving the effectiveness of juvenile justice courts nationwide,” said Chief Justice Judith Nakamura, New Mexico Supreme Court. “Judge Romero has worked tirelessly on behalf of all New Mexicans to improve the lives of juveniles and families with his innovative and thoughtful approaches to child welfare and juvenile justice.”

Judge Romero will be sworn in as NCJFCJ president during their 81st Annual Conference in Denver, Colo., July 22-25, 2018.