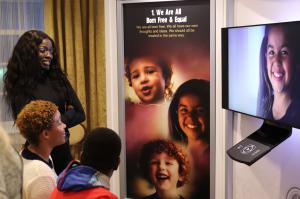 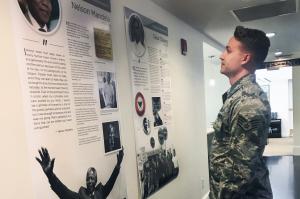 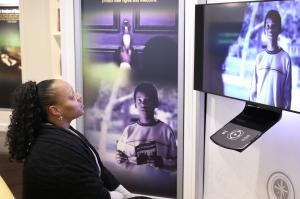 Understanding your basic human rights is vital. How can you keep your rights from being abused if you don’t know what the 30 human rights are?”
— Erica Rodgers

WASHINGTON, DC, USA, December 28, 2018 /EINPresswire.com/ — No doubt about it, human rights have become a more pressing issue in recent months. According to personal surveys there is an estimate of more than 89% of the American population having little to no knowledge of what their basic human rights are. It is no wonder thus that human rights abuses still occur within the United States.

As we contemplate the New Year and celebrate the holidays it is important to remember that the cheer of the holiday season is lost for many populations, be it the Rohingya people, the Uyghurs or the situation of human rights defenders in many countries, including the United States. The only hope for bringing change as we start fresh in the new year is to broadly implement human rights education.

On December 10, 1948, the United Nations adopted the Universal Declaration of Human Rights with the intention that every individual and every organ of society would be teaching and educating everyone on the principles enshrined in the document thereby bringing a culture of respect for human rights. The United Nations’ goal was to create peace and security amongst all countries of the world through this education on human rights. Although progress has been made with regard to human rights issues across the country, there is much still to do.

To celebrate the 70th Anniversary of the United Nations Universal Declaration of Human Rights, Youth for Human Rights International created an interactive Pop-up Museum in Washington, DC. The museum showcased the history of human rights and celebrated the forward strides made to protect human rights everywhere in the last 70 years.

After the Pop-Up Museum’s first appearance during the International Day of Peace in September 2018, the exhibit was brought back by popular demand and expanded into a two-day exhibit. Erica Rodgers, the National Director of Youth for Human Rights International and organizer of the event said, “We wanted to create a museum that brought each one of the fundamental human rights to life in a way that allowed people to connect with what human rights mean to them and their lives.”

This two-day Pop-Up Museum remained busy throughout the day as people came to tour the series of exhibits spanning over ten-thousand square feet.

“Understanding your basic human rights is vital. How can you keep your rights from being abused if you don’t know what your 30 human rights are?” Rodgers explained.

About Youth for Human Rights:

Youth for Human Rights International (YHRI) is a nonprofit organization whose mission is to teach youth about human rights, specifically the United Nations Universal Declaration of Human Rights, and inspire them to become valuable advocates for tolerance and peace. YHRI teaches human rights education both in the classroom and in nontraditional educational settings such as through both regional and international youth summits, school lectures, art series, concerts and other interactive community events. Their most recent campaign has included #KnowYour30 with the purpose of increasing awareness of the 30 human rights every person has – and how they are a part of everyday life. To learn more go to https://www.youthforhumanrights.org or watch a documentary on how Youth for Human Rights began.