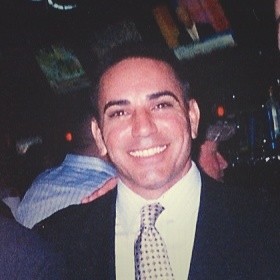 WEST PALM BEACH, FLORIDA, USA, January 3, 2019 /EINPresswire.com/ — With cases of homelessness among U.S. veterans continuing to rise, it's currently estimated by the Department of Housing and Urban Development that as much as 12 percent of the country's homeless population consists of veterans, according to Steven R. Pietro. This, says Pietro, a Florida businessman and law graduate, is largely the result of a lack of adequate or available support networks, insufficient affordable housing, and more general financial insecurity.

While the U.S. Department of Housing and Urban Development suggests that over 40,000 American veterans are currently understood to be homeless, the National Coalition for Homeless Veterans recently revealed that the number considered 'at risk' was substantially higher. "Approximately 1.4 million veterans in the U.S. are considered 'at risk' of homelessness, according to the National Coalition for Homeless Veterans," explains Pietro.

"Veteran homelessness," he continues, "is also both a cause and effect of poor mental health and addiction issues, just two of a long list of a further, complex range of factors."

According to Steven R. Pietro, a significant number of veterans, whether homeless or not, or otherwise considered at risk of homelessness, live with the persistent, continuing effects of post-traumatic stress disorder. This, he says, is a common trigger for alcohol and substance abuse.

As such, and with the top priority for homeless veterans often long-term, safe housing within a supportive environment free of drugs and alcohol, Steven Pietro is keen to facilitate change, both in the state of Florida and elsewhere across the United States. "Addressing the urgent requirement for affordable housing is vital," he suggests, "as is providing ongoing, valuable skills training, and creating employment opportunities for out-of-work veterans."

Supporting valuable, skilled work for veterans, he says, is something which affords not only a feeling of purpose but also a healthy source of income, both of which are understood to help prevent against additional cases of veteran homelessness. "Myself and my company are, as a result, seeking to drive employment opportunities and facilitate work for veterans via partnerships with local businesses and organizations," Pietro explains, "while also promoting a better understanding of the social challenges faced by our country's incredible veterans in the process."

Steven R. Pietro is owner and founder of Justice Government Supply, Inc., a Native American service-disabled veteran owned business proudly serving the women and men of the U.S. armed forces with a complete catalog of the very best steaks, roasts, select butcher chops and more across the globe. "The percentage of homelessness among veterans has risen greatly in recent years, such as in Palm Beach, for example," he goes on to reveal, "where the number of homeless veterans is estimated to have increased by as much as 70 percent."

He continues, "Many people will give $10 and think it will make an impact, yet I believe in, and like to take, a much more hands-on approach."

"What's more," Pietro adds, wrapping up, "to see a smile on a veteran's face is all the reward I need."