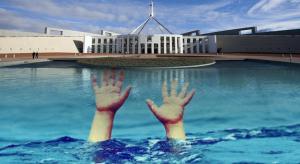 MELBOURNE, VIC, AUSTRALIA, January 3, 2019 /EINPresswire.com/ — A Family Court Survey conducted by Gumshoe News from November 5 to December 16, 2018 sought to find an explanation for the anecdotal reports of unfathomable behavior by the authorities regarding the removal of a child from an apparently good parent.

The survey was restricted to parents where there was sexual abuse of the child. 78 responders filled in the survey, and were made up of mostly protective mothers, 7 grandparents, 4 fathers and 2 victims (now over 18).

The results are truly shocking: Very few people believed the sexual abuse disclosures of the children.

In a speech on October 22, 2018 in Parliament, Prime Minister Scott Morrison apologized to the 17,000 victims that gave their abuse stories to the Royal Commission. These victims are now finally believed. But the children in the Family Court system are generally not believed.

In the Survey (of 71 who answered the question) 49 people said the judge did not believe their child’s disclosures. In only 2 did judges believe their child. Yet, in more than half the cases, children had disclosed his/her plight to 7 or more people.

(The Gumshoe analysis of "A Numbers Game — The Believers vs Non-Believers and the Spineless.")

The time and money spent fighting the system is staggering, too. Nearly half lost a home trying to fund their pursuit of safety for the kid.

34 responders claim to have physical evidence of this corruption. A previous article explains the Criminal Actions and the Destruction of Evidence.

In most cases (53 of 66 who answered the question) said a psychiatrist was accusing them of “coaching” (i.e., trying to sway or enhance the child’s version), and 43 believed someone in authority was trying to “coach” their child to admit to less, or no abuse.

And then there is INTIMIDATION. To the question, “What 'punishment' would be put on you, if you did bring forward more accounts or evidence of abuse?" Most answers were simple: If they persisted with abuse claims, nearly all were threatened that they’d “never see their kids again.”

Almost everyone was put into debt by this process, but to the question, “If you only had ONE choice — what OUTCOME would you vote for?” hardly anyone ticked that they wanted financial compensation. Most wanted prosecutions and jailings – preferring this also over a Royal Commission.

An ALERT for Canberra: What is occurring right now in the Family Court and by the various protective departments across Australia, will make the 2018 October Apology and the #MeToo movement seem tame in comparison.