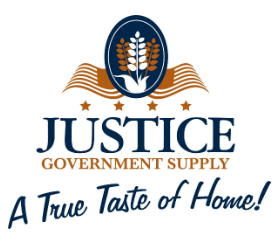 WEST PALM BEACH, FLORIDA, UNITED STATES, January 31, 2019 /EINPresswire.com/ — According to Steven R. Pietro, co-founder of Native American service-disabled veteran owned military food supplies business Justice Government Supply, Inc., securing work following military service can be tough. It should today, however, he says, now be up to both large and small companies and local businesses, as well as individuals in the community, to do their part in assisting the country's invaluable veterans in securing employment in a civilian capacity.

The Veterans' Employment and Training Service suggests that the current rate of veteran unemployment in the United States stands at approximately 4 percent, a slight increase over recent years. While this largely mirrors current non-veteran unemployment rates according to figures from the U.S. Bureau of Labor Statistics, unemployment among veterans is often exacerbated by lingering stresses, strains, and physical injuries resulting from their time served selflessly in the military.

"While the government places significant importance on assisting veterans with reintegration and finding work, it's critical that local businesses and individuals are similarly committed to creating grassroots career paths and employment opportunities," Pietro explains.

Government assistance programs, such as the Veterans Employment Center, exist to connect veterans with both public and private employers offering much-needed job opportunities, he points out, while also assisting in the creation of resumes and portfolios, and further helping former military personnel to progress in their civilian lives and careers.

"In the first instance, however, addressing the requirement for valuable skills training is vital," suggests Pietro, "before then looking to create resulting employment opportunities for out-of-work veterans, post-training."

Supporting highly valuable, skilled work for veterans is, he says, something which affords struggling former military personnel not only a new sense of purpose but also a healthy source of income, both of which are essential to the continued well-being of the country's veterans.

"As a result, along with—and directly via—Justice Government Supply, Inc., I remain committed to seeking to drive employment opportunities and facilitate work and training for veterans through partnerships with other local businesses and organizations," Pietro explains.

"I hope to do this," he adds, wrapping up, "while also promoting an improved understanding of the numerous personal, social, and professional challenges faced by our nation's incredible veterans in the process."

A graduate of Creighton University in Omaha, Nebraska, and San Diego's California Western School of Law, Steven R. Pietro currently resides in West Palm Beach, Florida. An experienced professional with a demonstrated history of working in both the public and private sectors, as well as within the military industry, Pietro is highly skilled in sales, team building, public speaking, management, and leadership, among other talents. To find out more about Steven R. Pietro and Justice Government Supply, Inc., please visit http://jgsfoods.com/.