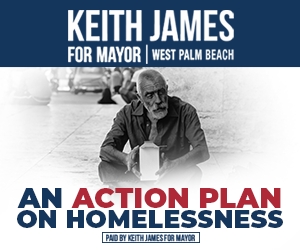 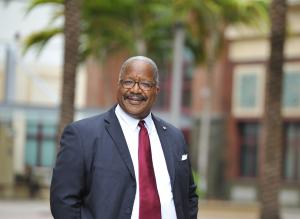 New plan issued by James aims to support local businesses in dealing with homeless population while assisting those in need find housing, jobs and support

James has supported the city’s annual $4 million investment including services and housing construction targeted for the homeless. He joins WPB constituents in making this a top priority.

“I have met with residents across our city and the growing homeless issue is on the top of everyone’s mind, including my own. That’s why I have outlined a detailed plan to not only look at long-term solutions to the issue, but steps we can take on day one to help our local businesses and residents who have expressed concern,” stated James. “I have met with community partners, our first responders, local businesses and residents before putting this plan together. I believe I have outlined a plan that balances the human element and the need to focus on our overall quality of life here in West Palm Beach.”

James has created a bold strategy and homeless action plan for WPB:

* Community Ambassadors: James will prioritize the use of homeless outreach teams made up of experts and professionals who can work with our homeless population to build trust and help them find housing, a job and medical attention.
* Immediate Enforcement Measures: James will take immediate steps to support local businesses and enforce anti-loitering laws to prevent people from remaining on private property when they do not have permission to be there. James will encourage businesses to execute and file trespass affidavits which will assist law enforcement in enforcing anti-loitering laws. Private security teams will be hired by the city to provide constant welfare checks on the homeless loitering on public property and in our parks.
* Leverage State & Federal Funding: James will work with regional, state and national leaders to secure additional funding to address homeless issues as well as funding for drug and opioid addiction and veteran support programs.
* Housing First: James has seen how this model can help people rebuild their lives. James will review how we can utilize city property as options for housing. He is focused on getting people off the streets and in homes so they can get a job, be healthy and become part of the community.
* Community Partnerships: James will work with the private, non-profit and public sectors to ensure we are utilizing all available resources, that programs are effective and community services are not being duplicated.
* Prevention Efforts: James will encourage programs that provide job training and education for people looking for a new career or housing assistance to those who fall on hard times to prevent them from becoming homeless.

This is the second major initiative launched by James in his campaign for Mayor. This week James launched his Neighborhoods First Initiative which is focused on making neighborhood priorities the top focus of his administration. 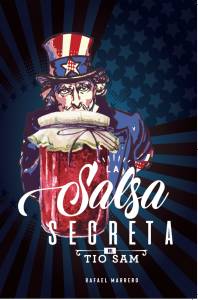 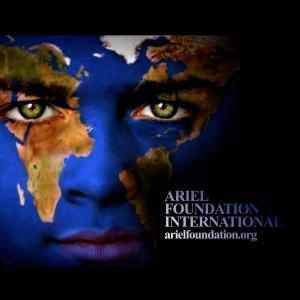 Your Video presence IS your Brand”
— Joe Prete

Ariel Foundation International is a Non-Governmental Organization (NGO) that allows children and young adults to be official Delegates at summits hosted at the United Nations and European Parliament. Young people from all over the world and walks of life lend their voice and perspective to human and children’s rights, health, education and serious issues that affect them at local, national and global levels.
Global Living Media is focused on the challenges being addressed by the United Nations, Sustainable Development Goals (SDGs)/2030 Agenda, World Health Organization (WHO) and the DAVOS 2019 summit by producing powerful, successful stories to be shared via social media and at summits worldwide.
Contact: Joe Prete Global Living Media International Outreach Division of EMG +1 720.266.8777 joe@elitemediagroup.tv 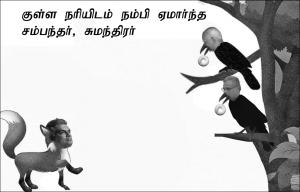 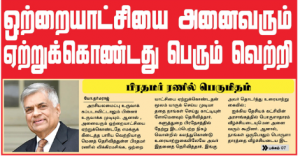 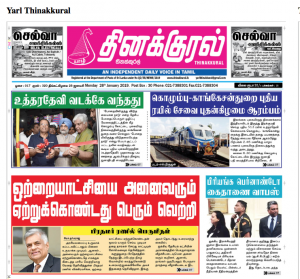 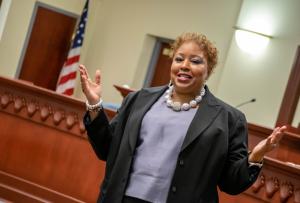 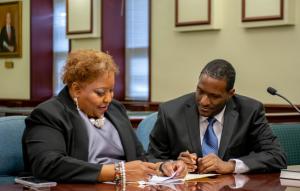 At the event for Onslow, Duplin, Sampson, and Jones Counties, attorney referrals will be available for consultations for those seeking to expunge criminal cases

One unfortunate after-effect of even small missteps is that they stay on the record for many years. This may prevent someone from getting a job, renting an apartment, or even getting a home loan”
— Janet Pittman Reed, lawyer in North Carolina

JACKSONVILLE, NORTH CAROLINA, UNITED STATES, February 1, 2019 /EINPresswire.com/ — Jacksonville-based attorney Janet Reed, in cooperation with community organizations, is planning a community-focused seminar on expunction (expungement) of criminal records and driver's license restoration. The tentative date is March 23, 2019, the location is the Public Safety Building, 1pm to 3pm. Lunch will be provided, as well as door prizes, and community resources. At the event, the presenters will explain Barriers to Reentry to Society, focusing on Expunction and Driver’s License Restoration. Also at this event for Onslow, Duplin, Sampson, and Jones Counties, attorney referrals will be available for 30-minute consultations for those seeking to expunge criminal cases. Attorneys from other counties may also be available for on-site consultations.

Janet Reed explains that "One unfortunate after-effect of even small missteps is that they stay on the record for many years. This may prevent someone from getting a job, renting an apartment, or even getting a home loan. In sum, having a criminal record can haunt you for the rest of your life, even when the event was long ago and you are a completely different person now."

The potential solution is called “expungement” “or expunction.” In the common law legal system, an expungement proceeding is a type of lawsuit in which someone with a criminal matter on record seeks that that matter to be sealed. When a judge grants such an expungement, it is, for many purposes, like the event never occurred.

Qualification for an expungement of an arrest, investigation, detention, or conviction record is based on the law of the jurisdiction in which the record was made. Usually, the person requesting expungement, called “Petitioner,” must meet several requirements.

This is a complicated area of the law, and it is advisable to at least consult with an attorney before beginning an expungement proceeding, even if one wishes to proceed “pro se” (meaning without an attorney).

The North Carolina Judicial Branch provides relevant information on its website at https://www.nccourts.gov/documents/forms/petition-and-order-of-expunction-under-gs-15a-1455-nonviolent-felony-or-nonviolent-misdemeanor-instructions-for-petition-and-order-of-expunction-under-gs-15a-1455-nonviolent-felony-or-nonviolent-misdemeanor, entitled “Petition And Order Of Expunction Under G.S. 15A-145.5 (Nonviolent Felony Or Nonviolent Misdemeanor); Instructions For Petition.”

For further information, and to confirm participation in the seminar, please contact The Law Office of Attorney Janet Pittman Reed, Phone: (910) 381-1758.

Rafael Marrero's “La Salsa Secreta del Tío Sam”, is a trailblazer. It is the first book published in Spanish on government contracting aimed at Hispanics.

La Salsa Secreta del Tío Sam, is a trailblazer. It is the first government contracting book in Spanish for Hispanics, whose 4.37 million firms contribute $700 billion to the U.S. economy each year”
— Rafael Marrero

Author Rafael Marrero believes in the virtues and importance of “passing the salsa” to his Hispanic counterparts. His decision to publish in Spanish was motivated by these facts from Pew Research Center:

In this sense, Rafael Marrero’s book, “La Salsa Secreta del Tío Sam” (“Uncle Sam’s Secret Sauce”), is a trailblazer. It is the first and only business book published in the Spanish language on the subject matter.

Rafael Marrero stated: “There are 4.37 million Hispanic-Owned businesses that, together, contribute $700 billion to the American economy each year.” Adding: “The U.S. Federal government, the world’s richest customer, has set aside 23% of all purchases for small businesses. However, Hispanic-owned businesses are not benefitting from these programs. In fact, less than a fraction of 1% of all Hispanic-owned businesses in America are registered to do business with the U.S. government.” Rafael Marrero’s new book from Neo Club Ediciones, “La Salsa Secreta del Tío Sam” is designed to help Hispanic-Owned businesses become familiar with the ingredients and recipes for success in Federal contracting by addressing the readers in their native tongue.

This unique new book, featuring insights from supplier diversity practitioner, and government contracting expert Rafael Marrero, is an invaluable treasure trove of practical, hands-on advice from an author gathering his expertise in one place! Jam-packed with memorable and practical suggestions, you'll hear humorous anecdotes and sage advice from a nationally recognized government contracting coach for aspiring Hispanic government contractors. While Marrero’s book title, – “La Salsa Secreta del Tío Sam” – draws its name from a culinary metaphor, the work itself is a practical business handbook, offering up real world, hands on examples of ingredients and recipes for success to break into the $500 billion-dollar federal marketplace and win federal contracts.

About the author:
Rafael Marrero is a Stanford, and Cornell University trained senior corporate executive, acclaimed management consultant and supplier diversity practitioner. Mr. Marrero has 30 years of enterprise-wide, comprehensive management experience in both the public and private sectors, in business development and operational environments. Marrero is a two-time Inc. 500 Honoree, NMSDC MBE Supplier of the Year, and Top Government Services Provider (Inc. Magazine). His experience and knowledge include cradle-to-grave management of business processes and strategies, revenue capture, new business development, public and investor relations, and compliance issues across multiple and diverse business enterprises. Mr. Marrero is the CEO of Rafael Marrero & Company, a business-to-government management consultancy. He was most recently the VP of Corporate Vendor Management, Contracts, Supply Chain and Procurement for MasTec (NYSE:MTZ), a Fortune 500 company. Rafael Marrero is a member of the United States Hispanic Chamber of Commerce (USHCC) and the South Florida Hispanic Chamber of Commerce. Learn more: www.rafaelmarrero.com or call (888) 595-6221.

I will do everything in my power to help families understand their rights and avoid fraudulent activity!.”
— Deborah McGuire

Fair Play Facts is a necessity in today’s World. Families going through the torments of Homicide should not depend on the Justice system in the U.S. for answers. " With so many cases not being prosecuted properly and ongoing "Color of the Law" violations within our system, families need to have a resource", states Deborah McGuire, creator. “I will do everything in my power to help families understand their rights and avoid fraudulent activity".

To gain momentum, Fair Play Facts planned and executed the following tactics:
• Education and research on the laws which apply to Prosecutors in our Country.
• Development of a simple, clear space for families to understand terminology, rights & what to expect after a
homicide.
• Video launches regarding violations & rights.

www.fairplayfacts.com is based out of S. Carolina yet covers the U.S.A. Its goal is to ensure knowledgeable families, offer legal reference through Wrongful Death and Estate/Probate Attorney referral, STOP “Color of the Law” violations and to promote awareness.