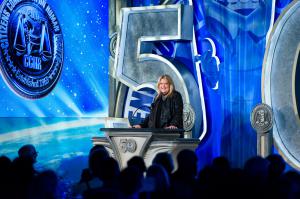 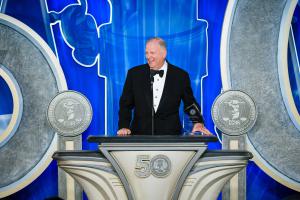 This year’s recipients included Texas attorney, Andy Vickery, who for more than 30 years has taken on pharmaceutical companies over the violence- and suicide-inducing effects of psychotropic drugs. 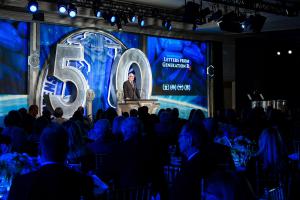 The other award winner was writer, producer and director Kevin Miller who has shone a spotlight on profound and harrowing psychotropic drug damage through his inimitable documentaries Generation Rx and Letters from Generation Rx.

Dozens of proclamations and letters of congratulations acknowledging this milestone attest to the organization’s accomplishments in the field of human rights.

I salute CCHR’s 50 years of fighting for justice and freedoms in the mental health system and am calling for an army of attorneys to support CCHR’s work.”
— Allison Folmar, Detroit civil rights lawyer and CCHR Advisory Board Member

CLEARWATER, FLORIDA, UNITED STATES, April 23, 2019 /EINPresswire.com/ — Human rights advocates, legislators, doctors, attorneys as well as community and civic leaders gathered at the Langham Hotel in Pasadena on April 13th for the Citizens Commission on Human Rights (CCHR) 50th Anniversary and Human Rights Awards celebration. Dozens of official proclamations, commendations and letters of congratulations acknowledging this milestone attest to the organization’s many accomplishments in the field of human rights. [1]

CCHR presents Human Rights Awards to individuals who display exemplary courage in the fight for restoration of basic human rights in the field of mental health.

This year’s recipients included Texas attorney, Andy Vickery, who concurred with Folmar. For more than 30 years, he has taken on pharmaceutical companies over the violence- and suicide-inducing effects of psychotropic drugs. He obtained a precedent-setting judgment for the family of a man who killed three relatives and himself after taking an antidepressant, where the jury determined a causal link between the drug and violence. [2] In accepting the award, Vickery said that CCHR speaks “Truth to Power, by which I mean speaking an unpopular but essential truth to people in power who may not want to hear it.” He commended CCHR for its “dedication and tenacity” and applauded CCHR’s endeavors. He wants to educate other trial lawyers to support this important issue.

The other award winner was writer, producer and director Kevin Miller who has shone a spotlight on profound and harrowing psychotropic drug damage through his inimitable documentaries Generation Rx and Letters from Generation Rx.

Oleg Kilkevich, a U.S. nursing educator and advisory board member, said CCHR “has a long history of fighting bravely and relentlessly for human rights. It has been responsible for many great reforms that now protect patients against, ‘cruel, inhuman or degrading treatment,’ as outlined under Article 5 of the Universal Declaration of Human Rights.”

In 1970s’ apartheid South Africa, CCHR exposed how psychiatrists incarcerated 10,000 blacks and used them as slave labor and electroshocked them without anesthetic. The group reported them to the World Health Organization, which investigated the camps and issue a report in 1983 stating that “in no other medical field…is the contempt of the person cultivated by racism, more precisely portrayed than in psychiatry.” After the fall of apartheid, CCHR obtained a national government inquiry into psychiatric racism in institutions. They also presented testimony to South Africa’s Truth and Reconciliation Commission providing a detailed history of mental health studies that had helped entrench and perpetuate apartheid.

In 1976, CCHR secured passage of a California law prohibiting the use of electroshock (ECT) and psychosurgery on children and adolescents. Now used as a model the world over, the law has inspired other countries to enact restrictions and, in Western Australia, criminal penalties if ECT is administered to minors. Sign CCHR’s current petition to ban electroshock here.

For a decade, CCHR investigated and exposed Deep Sleep Treatment (DST) at Chelmsford Private Psychiatric Hospital in Sydney, Australia. Patients were rendered unconscious with drugs and electroshocked daily—48 died. The result was a ban on the procedure and criminal prosecution for psychiatrists to use DST.

In Germany, CCHR investigated and exposed the role of German psychiatrists in euthanasia and the Holocaust. In 2010, Dr. Frank Schneider, president of the German Association for Psychiatry, Psychotherapy and Psychosomatics (DGPPN), wrote an apology and confessed that German psychiatrists “lied to and deceived patients in their care and their families. They forced them to be sterilized, arranged their deaths and even performed killings themselves. They also murdered physically and mentally disabled children in more than 30 psychiatric and pediatric hospitals.”

In 1991, CCHR helped push through FDA hearings into antidepressants and their involvement in suicidal and homicidal reactions in users. It took 13 years of persistent work alongside parents, medical experts and attorneys to force the FDA to issue a stringent black box warning that antidepressants can cause suicidal thoughts and actions in those 18 years of age and younger—a warning later extended to age 24.
In 2004, CCHR was among those that obtained a U.S. Prohibition of Child Medication Safety law that banned schools from forcing schoolchildren to take prescription psychotropic drugs as a requisite for their schooling.

CCHR presented submissions to the UN Committee on the Rights of the Child (UNCRC), warning about the massive prescribing of psychotropic drugs to children in 14 countries. UNCRC responded with hearings on the increasing rate of children labeled with Attention Deficit Hyperactivity Disorder (ADHD) and drugged with psychostimulants. It recommended establishment of a system for “monitoring of the excessive use of psychostimulants to children.”

For 30 years, CCHR has investigated psychiatric fraud that has included psychiatrists billing for their sexual abuse of patients as “therapy.” CCHR helped secure 28 laws around the world that make mental health practitioner sexual abuse of patients a criminal offense punishable by jail. The for-profit psychiatric hospital industry alone has paid more than $2 billion in civil and criminal fines related to fraud since the early 1990s.

Nearly 200 laws and countless regulations protecting human rights in the field of mental health today stand in testament to the passion and perseverance of the members, partners and supporters of CCHR.

About CCHR: Initially established by the Church of Scientology and renowned psychiatrist Dr. Thomas Szasz in 1969, CCHR’s mission is to eradicate abuses committed under the guise of mental health and enact patient and consumer protections. L. Ron Hubbard, founder of Scientology, first brought psychiatric imprisonment to wide public notice: “Thousands and thousands are seized without process of law, every week, over the ‘free world’ tortured, castrated, killed. All in the name of ‘mental health,’” he wrote in March 1969. For more information visits www.cchrflorida.org