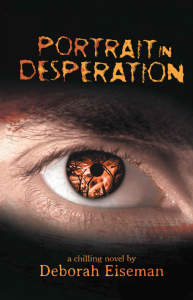 BRONX, NEW YORK, UNITED STATES, May 20, 2019 /EINPresswire.com/ — AuthorCentrix is back at it! Join us as we celebrate our second year as one of the exhibitors at the largest book trade fair in the United States of America – the BookExpo America 2019. Authors, booksellers, specialty retailers, national chains, distributors, librarians, literary agents, publishers and more will be attending the event as it is set to shake the grounds of New York City on the 29th of May. BookExpo America is carefully crafted with content and experiences for all those that play part in the publishing industry.

In this year’s big event, author Deborah Eiseman will be gracing the Fair with her literary piece entitled Portrait In Desperation, together with the farfetched and unbeatable members at AuthorCentrix. Her literary piece introduces the character of Kaitrina, an innocent woman who was forced to marry an Albanian crime boss, a jealous and controlling husband. Kaitrina’s life begins to change as she starts a new life in Philadelphia. A young artist named Mark D’Angelo gives her another shot at love. But what happens when he finds out about Kaitrina’s past? Where will their love affair lead them? Dark and gripping, Eiseman’s Portrait In Desperation will give the readers a taste of love, violence and desperation.

The team invites everyone to join the Fair and contribute to global success through the most awaited Fair of the year – BookExpo America 2019! See you there!