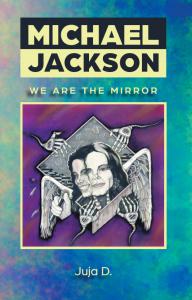 Michael Jackson: We are the mirror

TEMECULA, CALIFORNIA, UNITED STATES, May 21, 2019 /EINPresswire.com/ — AuthorCentrix is back at it! Join us as we celebrate our second year as one of the exhibitors at the largest book trade fair in the United States of America – the BookExpo America 2019. Authors, booksellers, specialty retailers, national chains, distributors, librarians, literary agents, publishers and more will be attending the event as it is set to shake the grounds of New York City on the 29th of May. BookExpo America is carefully crafted with content and experiences for all those that play part in the publishing industry.

In this year’s big event, author Georgetta Duncan will be gracing the Fair with her literary piece entitled Michael Jackson: We Are The Mirror, together with the farfetched and unbeatable members at AuthorCentrix. As a huge Michael Jackson fan, Duncan has poured her heart for Jackson through her book. The demise of the pop icon in 2009 astounded the world – thus messages from his fans, from around the globe appeared online. Duncan hopes that through her literary piece, Michael Jackson will live forever, in the hearts of his fans – as an entertainment icon, a humanitarian and as a human being. This book revives thoughts, feelings and actions at that very moment.

The team invites everyone to join the Fair and contribute to global success through the most awaited Fair of the year – BookExpo America 2019! See you there!