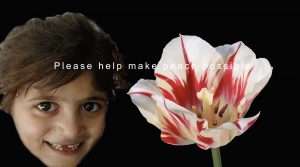 Vast Self Corporation will demonstrate that the ongoing Israeli-Palestinian conflict is caused and perpetuated by deceived human senses, no one is aware of.

MOUNT SHASTA, CA, USA, May 20, 2019 /EINPresswire.com/ — The Israeli-Palestinian conflict will end thanks to little-understood science.

Vast Self Corporation will demonstrate in a 30-minute video that the ongoing Israeli-Palestinian conflict was caused and continues to be perpetuated by deceived human senses no one is aware of it. The purpose of this video is to help end this conflict permanently with the help of irrefutable science. It proves that Israeli and Palestinian persons do not exist the way they appear to the mind. In fact, all living beings and objects don't exist the way they appear to our mind. The film will explain how even the healthiest human senses are entirely mistaken when they perceive persons to be existing as if having their own-being. To exist as an own-being, the way all of us perceive each other; each person would have to exist necessarily as a single partless and causeless entity, capable of being established from its own side by its own core nature. However, in nature, no person exists that way, as it is not even possible. That is direct proof that human senses are deceived.

The indisputable science reveals that all Israeli and Palestinian people exist as a single selfless organism, where "Israeli" and "Palestinian" serve as conceptual construct only. In other words, all Israeli and Palestinian persons are more than a family; they are an inseparable seamless and selfless living being where "Israeli" and "Palestinian" are mere conceptual designations. This science has never been known to either side, and without it, a permanent peace was never possible before. When both Israeli and Palestinian authorities and their people recognize that their senses are deceived all current reasons for this conflict, all grievances, hatred, fear, and doubts will become irrelevant and obsolete.

According to Vast Self's survey, persons whose senses are functioning correctly, the senses themselves accurately perceive phenomena such as a person, me or a table, but incorrectly perceive each to exist as own-being. To our healthy senses, each person or a thing appears to be existing as a singular entity; each appears to be established from its own side as if by its core nature as a findable entity without need to name it. This is what healthy senses are telling us, but unfortunately, they are gravely mistaken. To live as an own-being, the way all of us perceive each other, each person would have to exist necessarily as a single partless and causeless entity, but this is not how persons exist. Even though no person exists as own-being, as no person can exist without parts and causes, and no one can set themselves up, our healthy senses perceive all persons, including ourselves opposite to these facts. Therefore, human senses are deceived by previous unknowing of how all living beings, persons and things exist. Not being aware that our senses are deceived is a huge problem as all of the human decisions are based on our senses. It's the sole reason this Israeli-Palestinian conflict started and can not seem to get any closer to a peaceful resolution.

The video will present a detailed analytical analysis grounded in undeniable science, logic, and common sense, which will reveal how current human perception is inaccurate. Moreover, the video will clarify the discrepancy of how all people exist vs. how they appear to exist to our deceived senses.

How does Israeli and Palestinian person exist?
Each person exists without own-being because each one is not a single entity; no person was established by its own core nature, and cannot exist from its own side. Instead, each person exists in dependence on countless parts, countless causes, and "Israeli" or "Palestinian" are mere names given (social convention). Each person named "Israeli" or "Palestinian" is selfless in nature; therefore, all persons are more than a family, and function as an Isreali or a Palestinian person in mere conceptual designation (in name only).

Vast Self believes that with this new scientific evidence that proves the existence of mistaken perception in all human persons, the merely named Israeli and Palestinian authorities and the people will recognize that the current conflict is simply a delusion of grandeur. Putting an end to the conflict between oneself is the only reasonable solution. They are also hopeful that the peace-loving Israeli and Palestinian people may serve as future examples to rest of the human family and will help other nations and states to end all human conflicts with this revolutionary science.

Please help us complete and deliver copies of this 30-minute video to appropriate Israeli and Palestinian authorities and their people by supporting this project on Crowdrise.com.

About Vast Self Corporation:
Vast Self is a 501(c)(3) non-profit whose sole purpose is to restore peace and happiness in the World. This is accomplished by demonstrating how all personal and World problems can be eliminated permanently by recognizing the single reason responsible for their existence. We aim to provide educational tools that will serve all individuals, and organizations seeking permanent solutions to personal and World problems.

General information about Vast Self Corporation can be obtained at the VastSelf.org. Follow @VastSelf on Twitter, and visit crowdrise.com to support their cause.