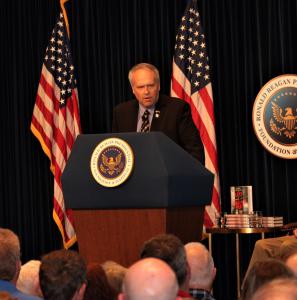 The Shocking Prosecution of Lieutenant Clint Lorance By Don Brown

DENVER, COLORADO, USA, May 21, 2019 /EINPresswire.com/ — When a young army officer on a red-hot battlefield in the bloodiest war zone in the world makes a snap decision to protect his men against a possible suicide attack by motorcycle, the Army responds by stabbing the officer in the back, and sacrificing him on the altar of political correctness. Clint Lorance is charged with “double murder,” after his men shoot Taliban bombmakers. Unfortunately, the prosecution of Lt. Clint Lorance is no work of fiction. It is a TRAVESTY OF JUSTICE – a travesty that must be made right.

PRAISE FOR TRAVESTY OF JUSTICE

"Lays Out Overwhelming Evidence for the Exoneration of Clint Lorance." – Chicago Tribune

"A Righteous Call – Finally – For the Exoneration of Army Lieutenant Clint Lorance." – The Baltimore Sun

"The Most Powerful Case to Date for the Exoneration of Imprisoned Army Lt. Clint Lorance." – Sun-Sentinel

“A Shocking Exposé of the Army's Sacrifice of One of Its Best Young Officers, Imprisoned Lieutenant Clint Lorance” – The Daily Press

DON BROWN, a former US Navy JAG Officer and former Special Assistant United States Attorney, is the author of 14 books on the U.S. military, including the national bestseller LAST FIGHTER PILOT: The True Story of the Final Combat Mission of World War II, endorsed by the Ronald Reagan Presidential Foundation. His latest book, TRAVESTY OF JUSTICE, The Shocking Prosecution of Lt. Clint Lorance, exposes the most despicable court-martial against an American soldier in U.S. military history.

On, March 23, 2018, Newsmax Media named Don as one of the "25 Best Nonfiction Military Authors" in the United States. Don has appeared on Fox & Friends, The Sean Hannity Show, Coast to Coast AM, the David Webb Show, and dozens of other media outlets around the country. An active attorney, Don serves on the legal team for First Lieutenant Clint Lorance, the 82nd Airborne officer serving 19 years at Fort Leavenworth for “double murder” when Lorance’s men fired on a fast-moving motorcycle charging their position in an active battlefield in Afghanistan.