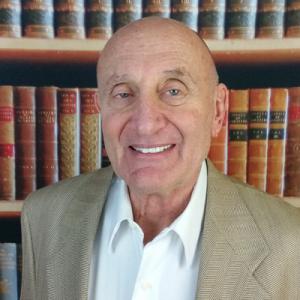 EDINBURG, TEXAS, UNITED STATES, May 22, 2019 /EINPresswire.com/ — It’s been more than 150 years since the 13th Amendment abolished slavery in the United States yet the staggering fact is that today racism remains the leading cause of division among people. With so much racial tension prevalent in our society leading to numerous tragedies how much equality have we actually achieved? One gentleman has strived for decades to improve race relations and continues to encourage progress through his notable speaking engagements and commendable research.

Dr. Peter Kranz is an extraordinary psychologist and Professor in the Counseling Department at the University of Texas Rio Grande Valley in Edinburg, Texas.

“I have worked in a numerous places from mental health clinics colleges and universities,” says Peter. “But one of my most highly regarded and instrumental contributions has been my dedicated work in the race relations.”

Peter obtained his Bachelor’s degree from Grinnell College in 1963 and his PhD in 1969 from Utah State University. From 1972 to 1977 when he taught in the University of North Florida he created an extremely unique course called Human Conflict: Black and White that received national media attention. What made the course even more essential was that it occurred during a frenzied time when Jacksonville Florida was deep in the throes of integration and upheaval. The class was composed of African American and Caucasian students who spent seven days living in each other’s homes learning about one another’s lifestyle. After experiencing the life of another student they became more tolerant of each other’s differences creating acceptance and a kindred connection.

Forty six years later the class held an emotional reunion also attended by Terence Clark who wrote a book about the course titled 'Arena of Truth'.

“The course I created would be so relevant and extremely effective if it were taught today,” says Peter. “But woefully universities have become so conservative, tight fisted, and more interested in monetary gain than educating on the relevance of unity among all people.”

During his years in education Peter also was delighted to acquire the splendid opportunity to teach abroad in Russia, Mexico, India, and Thailand for many consecutive summers broadening his horizons. Peter instructed his students how one of the best ways to further enhance and enrich their education is to study abroad.

“Whether I conversed with Buddhist priests in India or explored the old churches in Russia, spending time with people realizing how much we are connected is the core of an unparalleled education,” says Peter.

According to Peter Universities and Colleges should make it a mandatory requirement for students to be profoundly involved in their local communities. It would be an impactful contribution to our country as a whole.

Peter is depicting his race relation work in a variety of venues recently presenting at the Rocky Mountain Psychological Association. At Barnes and Nobles he will be discussing Terence’s book and positive intervention in race relations so required in our world.

“When cultures connect in a very positive way so we can positively impact generations,” says Peter. “Helping to make the world a better place for others is unconditionally one of the most significant gifts human being can contribute.”