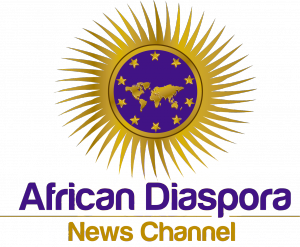 HOUSTON, TX, USA, June 5, 2019 /EINPresswire.com/ — The African Diaspora News Channel, founded and hosted by Phillip Scott of Houston, TX, and a re-brand of the popular The Advise Show, is the first news network to report important news and interviews specifically selected for the African Diaspora. Now that BET and TV One have cancelled their news programming, The African Diaspora News Channel has filled a void, and is providing news that is of particular interest to black people all over the world. It is now recognized as the most popular international Black News Network on YouTube and many other outlets.

While the News Channel generally reports news and supports businesses throughout the Diaspora, Scott also used the platform to sell out a tour to Kenya through World View Travels in October 2019. What inspired the tour were the thousands of inquiries from viewers about his movie Unjust Perceptions: Ethiopia, which was seen on Amazon Prime and YouTube.

“After the movie was released on YouTube and Amazon, I knew I had to bring as many people as possible to the continent,” Scott says.

The tour sold out in 30 days, and the idea of focusing on the Diaspora was born.
So far, the channel has had tremendously positive reviews from new and old viewers alike. Hundreds of stories are flying into the network every week about positive business owners and injustices, throughout communities across the globe. Scott has interviewed a variety of people, from Olive Gachara of KCB’s Lion’s Den Kenya, to Director of Ethiopian Airlines Nigusu Worku and legendary comedians T.K. Kirkland and Presidential Candidate Marianne Williamson.

The network’s goal is to empower Black people everywhere and help fight racism. Focused on fighting white supremacy, the host has released his new book, Passive Aggressive Racism In The System of White Supremacy, which has accumulated many positive reviews on Amazon.

One of the network’s primary goals is to fight the negative stereotypes that outlets like Fox News put out about Black people around the world. The show has thousands of monthly financial supporters from Black, White, Hispanic and Asian communities who support the anti-racist movement and who wish to be informed and educated about important issues.