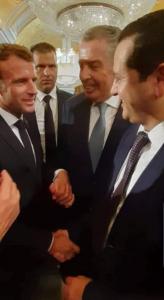 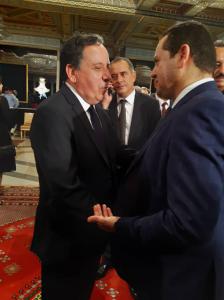 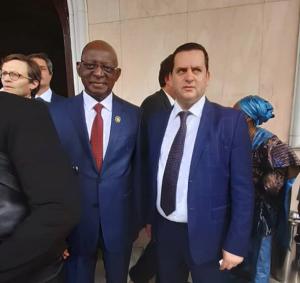 Thanks to Minister Lahweej, key personalities are moving to recognize the Interim Government as the sole legitimate government representing the people of Libya.

BENGHAZI, LIBYA, July 29, 2019 /EINPresswire.com/ — Amidst turmoil in Libya, where the Interim Government and its affiliated Libyan National Army are struggling to liberate the capital Tripoli from terrorist groups and militias, the Interim Government's Minister of Foreign Affairs is gaining international traction and the attention of senior leaders of foreign governments.

Abdulhadi Lahweej, a young and charismatic Libyan leader, is the Minister of Foreign Affairs and International Cooperation of the East-Libya based Interim Government, a Government which derives its legitimacy from the democratically-elected and UN-recognized House of Representatives of Libya. Lahweej is part of a movement to cleanse Libya from terrorist groups and militias, in a strive to re-unify the country and bring democracy and stability to its people.

As the struggle for re-unification and stabilization of the State of Libya continues in the outskirts of Tripoli, major advancements are being made on both fronts, -at home and abroad. Key personalities have understood the facts on the ground and are quickly moving toward formally recognizing the Interim Government of Libya as the sole legitimate government representing the people of Libya.

While Tripoli and Libyan Embassies abroad remain largely under the control of an illegitimate and militia-supported "Government of National Accord", the legitimate Interim Government is steadily garnering international support and recognition from key allies thanks to the diplomacy led by Lahweej.

Proving that democratic legitimacy and a just cause are once again victorious in the international arena, Minister Lahweej represented the State of Libya and its Interim Government at the funeral of the late President of the Republic of Tunisia two days ago.

Lahweej was present along with His Royal Highness the King of Spain, the Presidents of France, Portugal, Malta, Algeria, Palestine, the brother of HRH the King of Morocco, and various Heads of Government, Ministers, the Secretary-General of the League of Arab States, and the Secretary-General of the Arab Union of Morocco, as well as members of the Tunisian government, Heads of Diplomatic Missions and Ambassadors and several other Tunisian and foreign personalities.

On the occasion of Saturday's ceremony at the Carthage Palace, Minister Lahweej held a series of meetings and talks with key international, regional and Tunisian leaders on the current Libyan situation, energetically representing the interest of the Libyan people and receiving strong support and recognition from key personalities.