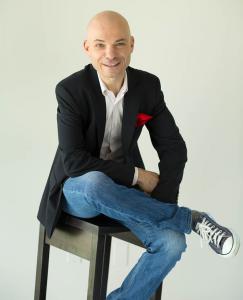 LOS ANGELES, CA, UNITED STATES, August 19, 2019 /EINPresswire.com/ — The self-proclaimed minimum wage expert who proudly dubs himself the "Michael Jordan" of flipping restaurants continues to anger millions with his arrogant and ego-maniacal call to action, insisting the $15 dollar an hour minimum wage is going to destroy America because it is going to destroy small business owners all across the USA.

Famed restaurateur Lenny Rosenberg, formerly of Lenny's Deli, and now owner of Marmalade Café in Santa Monica California and 800 Degrees in Los Angeles, is on a personal crusade to stop the $15-dollar minimum wage increase and have the new minimum wage state laws overturned. (https://twitter.com/larsproduction)

"Aside from myself, President Trump is the smartest business owner in America and we expect him to overturn any state or Federal law that increases the minimum wage," calmly states Rosenberg.

Rosenberg also tells reporter David Nazar of DavidNazarNews that he vows to continue to fire his employees to save his businesses, and also to fight for every business owner across the nation. (https://www.youtube.com/watch?v=p7w17nv29E4)

"Let them hate me," continues Rosenberg, "I have to be arrogant and narcissistic and I have to fire my employees to make a statement to the government that this minimum wage increase is going to devastate and annihilate every business owner. And the workers are also going to suffer because they are going to be out of a job."

Rosenberg began his anti-minimum wage crusade about four years ago when he first spoke to DavidNazarNews, (https://www.youtube.com/watch?v=in9A4Z4TZYc) and claimed that he would fire his employees if the $15-dollar minimum wage laws were enacted in California. He told Nazar that he was going to be forced out of business because he could not afford the massive increase in his employees’ wages. Lenny's Deli employed over 100 workers at the time. Well, as promised, Rosenberg fired his employees and subsequently had to close his business.

"In actuality I flipped Lenny's Deli because I am a genius," explains Rosenberg, "the business was being destroyed because of the minimum wage increase and I knew how to flip it onto a new owner before I myself was financially destroyed." Rosenberg who has flipped over 50 restaurants across the country, and continues to do so today. (www.larsrestaurantflips.com)

Rosenberg claims that constant increases in the minimum wage cause massive inflation and massive unemployment. "Unfortunately, an enormous amount of stores are closing. The newest victim is the parent company of Marie Calendar’s Restaurant & Bakery which has entered into Chapter 11 bankruptcy proceedings and is closing nearly half of the restaurants in the national chain," concludes Rosenberg.