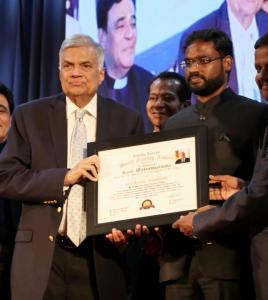 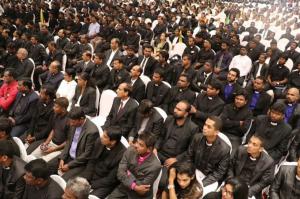 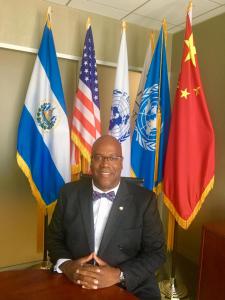 The Prime Minister H. E. Ranil Wickremesinghe, of Sri Lanka was honored by I Change Nations with the prestigious World Civility Award on August 30th

“We at I Change nations are so proud of the work Ambassador Dr. Arwin Roland Timothy has done to bring the message of Civility to the World.”
— Ambassador Dr. Clyde Rivers

The Global Peace Ambassador and Global Representative for I Change Nations. Ambassador Dr. Arwin Roland Timothy, is also the Founder and Chairperson of Global Churches Alliance from India. Ambassador Timothy initiated this honor for the Prime Minister Wickremesinghe for his actions of civility as well as being a Role model for Sri Lanka. On this day Ambassador Timothy, who was the Chief Guest at the event brought the highest honor from I Change Nations to the Prime Minister The World Civility Leadership Award. This award is presented to top Global Leaders that are impacting this world with Civility.

Dr. Clyde Rivers, the Spokesman Worldwide for World Civility Day, states “We at I Change nations are so proud of the work Ambassador Dr. Arwin Roland Timothy has done to bring the message of Civility to the World. Every leader that is practicing Civility is truly making the world a better place”. The event was extremely successful, due largely to the efforts of Ambassador Timothy.

According to Ambassador Dr. Arwin Roland Timothy “This is a great day for Civility in Sri Lanka, with the leadership of the church working with the Government.
I Change Nations is a Culture of Honor System, the organization is committed to bringing back the lost art of honor by building a Culture of Honor that recognizes individuals throughout the world who have exemplified extraordinary humanitarian efforts to effectively change nations. We honor people and organizations that believe every life is valuable and is created to bring a contribution to the world. ICN is the largest “building cultures of honor” network in the world.

Dr. Rivers was given the Title of Don/Sir Dr. Clyde Rivers as he was Knighted into the original Kingdom of Guatemala, and the great city of La Antigua the first city established by the Spanish Monarchy. Knighted by Lord EDUARDO L. PRADO S. the Commodore De Santiago De Los Caballeros De La Antigua Guatemala Dr. Rivers is the recipient of an Honorable Mention for the American Civic Collaboration Award 2017 – Celebrating Partnerships that Strengthen America Dr. Clyde Rivers is the Honorary Ambassador at Large for the Republic of Burundi, as appointed by H.E. President Pierre Nkurunziza and Special Advisor to President Pierre Nkurunziza, President of Republic of Burundi Africa.