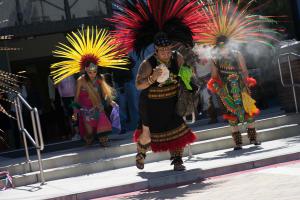 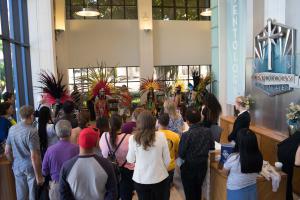 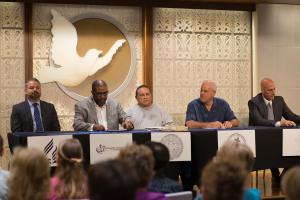 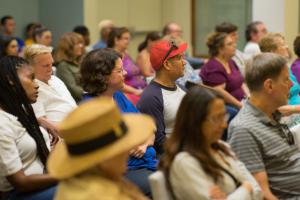 The series of interfaith forums is held in the Chapel of the Church of Scientology Los Angeles. 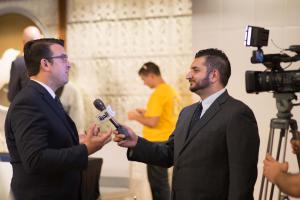 Religious leaders were interviewed on the importance of interfaith cooperation.

Bridging differences, dispelling misconceptions and promoting tolerance at a series of interfaith forums at the Church of Scientology Los Angeles

LOS ANGELES, CALIFORNIA, UNITED STATES, September 3, 2019 /EINPresswire.com/ — In the first of a series of interfaith programs hosted by the Church of Scientology Los Angeles, religious leaders representing five faiths discussed their basic beliefs and their work in the community.

This week’s forum featured faiths born in the Americas: Aztec religion, the Seventh-day Adventist Church, the Church of Scientology, the Agape Church and Christian Science. Traditional Aztec dancers began the program by blessing the Church and those attending.

According to Pew Research Center, the past decade has seen a rise in social hostilities involving religion, including violence and harassment by private individuals, organizations or groups. This became very clear this year when a gunman opened fire at the Chabad of Poway synagogue near San Diego at a Passover service April 27.

Los Angeles is among the most culturally diverse cities in the world. Residents hail from some 140 countries and speak roughly 86 languages. These interfaith programs seek to protect the freedom of religion or belief by bridging differences, dispelling common misconceptions, and creating greater understanding, appreciation and cooperation among the city’s many faiths.

The series continues over the next three weeks:

The program culminates Sunday, September 22, with an interfaith solidarity march.

Read the article on the Scientology Newsroom.