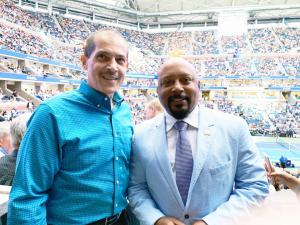 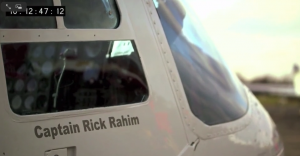 Rick Rahim is Captain of a Twin Engine Agusta Helicopter

Men and women often have different leadership styles and have varying effects in such positions within their leadership roles, says Rick.

Women who have worked hard to make it into top management don’t use their roles lightly.”
— Rick Rahim

PHILADELPHIA, PA, USA, September 7, 2019 /EINPresswire.com/ — If someone were to really think about the timeline of when women began to take a more prominent role in business, we would realize that it really hasn’t been that long at all. And, to think of women in an actual leadership role, it was all but unheard of a hundred years ago.

“To see a woman boss was the subject of gossip and ridicule … and a woman had to work extra hard, toughening up her soft shell, in order to actually make it in ‘a man’s world,’” says Rick Rahim. Rahim is the president of Businessventures.com and actively promotes women in business leadership.

“Today, we see women in leadership roles on a daily basis,” says Rick. But according to Rahim, people still sometimes think “good for her for making it to where she is now.” Rahim sadly says he believes women still need to work a little harder to be competitive with men in similar roles. Rick does not believe this is fair.

How Do Women Work with Women Bosses?

When it comes to women in the workplace, the knowledge that it has taken them quite a bit longer to make it to the top is cemented in studies and research, acording to Rahim

Women who have worked hard to make it into top management don’t use their roles lightly. They don’t want to have anything or anybody threaten their position in the workplace. “With the tough shell around her, it’s hard to let any bit of that go once they’ve gotten so far with it,” says Rick Rahim.

Men and women often have different leadership styles and have varying effects in such positions within their leadership roles, says Rick. “A successful leader should have the capacity to transform vision into reality, regardless of their gender”

Women may sometimes score higher than men in task-focused and transformational leadership. Rick has observed some women preferring flat organizational structure, cooperation and collaboration, indirect communication, and mentoring others. Women tend to be very focused on teamwork and completing a task assigned, says Rick.

Women have recently been making their mark in the business world, showing up more and more in the news and in noteworthy positions. They have always been successful leaders and managers, says BusinessVenture.com’s Rick Rahim.
It has been shown that women in these types of positions receive various reactions from both the men and women they work with. However the most important thing, says Rick, is that business continues to evolve while busines leaders evolve. Technology evolves, and it is up to you to ensure your company is lead by someone adaptable to these changes, says Rahim.

**Rick Rahim is the President of BusinessVentures.com, a firm he founded in 2006 after selling his previous company to a large publicly trading company for 8 figures. Rick is an avid helicopter and airplane pilot, search and rescue pilot, certified scuba diver, children's book author, and family man.

Rick Rahim lands on the roof of John’s Hopkins