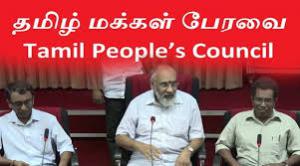 To support this rally, several rallies will take place in many cities around the world and outside the UN in New York and at UN Human Rights Council in Geneva

A massive rally is going to take place on the 16th (Monday) at 10:00 am at the Jaffna esplanade, calling for immediate action on Tamil’s six main demands.

This rally is titled “Eluga Thamil”. People joining the rally will assemble in two points just outside the City and march to the esplanade for the massive rally, where several leaders will speak.

To support this rally in Jaffna, several rallies will be held on the same day in several cities around the world and before the UN Headquarters in New York and outside the UN Human Rights Council in Geneva.

The six main demands are: