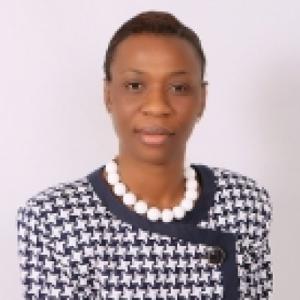 DELRAY BEACH, FLORIDA, UNITED STATES, September 16, 2019 /EINPresswire.com/ — The term “DREAMers” is consistently in the news, referring to young men and women brought to the United States illegally by their parents when they were children or teenagers.

Over the last 18 years, at least 10 versions of the Dream Act have been introduced in Congress to protect young immigrants vulnerable to deportation. None have passed.

The issue of immigration is fraught with politics and bureaucracy designed to overwhelm would-be Americans and DREAMers, but there are individuals willing to help those in need. Rosena Michel is one such person. Rosena welcomes immigrants from everywhere and works with them to navigate the immigration process. She also educates then about the day to day immigration changes.

When Rosena was a child, Haiti was a dangerous place to live with violence and drugs.

“In my home country, even if you're rich, we never think you're really rich unless you put your feet on American soil,” says Rosena. “Of course, once you're here, the experience is different than you may have thought, but the American Dream is within reach if you follow the right path. The right path is focus on the positive, not the negative. Make sure you get an education, listen to the elders, and follow what America offers you, which can be a lot. The kids I serve or the parents I work for follow my footsteps. They decide to do something better for themselves.

“When I came here, my uncle said I could not say I was Haitian,” recalls Rosena. “Why should I change for anybody? America teaches you to be who you are.

While in high school, Rosena learned she could not get a job without documentation. She also discovered she would be deported if she didn’t have papers. She needed to know what exactly she needed and what the criminal charges would be, so I started volunteering around the police station, and after school she would go work with Catholic Charities.

“When I started with Catholic Charity, there were a lot of immigrants that were coming in. We had different lawyers come every day. I started as a translator and paid close to attention to everything the lawyers would say. I'm personally working with lawyers that say, "There's nothing for you.” When I looked at my fellow Haitians, I thought, “If you say there's nothing for them, why are you taking their money? I was mad.”

“I decided to look over the Haitian community's shoulder for a minute because there's a lot of parents that are suffering. If you have the experience, and you have the training, and know what to put together to take it to USCIS or take it to the judge, you can help people.

“The work I do in the immigrant community I do so I can see the smile, not only of the parents, but on the kids' faces,” says Rosena. “I say, ‘Do you know what's going on.’ They say, ‘Yes, we do. You're helping my parents to stay in the country.’