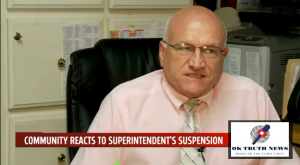 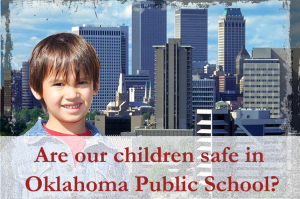 The Question Must Be Asked 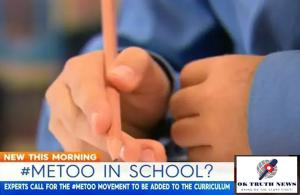 The frequency of sexual crimes by Oklahoma teachers is on the rise! What you need to know.

Is your little girl safe at school?”
— Paul Walker

TULSA, OK, USA, September 30, 2019 /EINPresswire.com/ — The issues of sexual assault that involve teachers, coaches and administrators make many citizens of Tulsa, OK very nervous. This issue appears for be on the rise. Recently, multiple sexual abuse allegations surfaced against former Peckham County Superintendent Gary Young. According to several parents and other teachers there was always suppression that Mr. Young's behavior was questionable. It is time that everyone listens to the voices, concerns and issues of our children.

According to the Oklahoma State School Boards Association, “every person having reason to believe that a child under the age of eighteen (18) years is a victim of abuse or neglect shall report the matter promptly to the Department of Human Services.” 10A O.S. § 1-6-102. Reports shall be made to the state toll free hotline at 1-800-522-3511. This is a personal obligation, and no school official can in any way prevent any person from making this report.

OK Truth News strives to provide information on topics that matter to our viewers. The request over the past three months have highlighted that a number of cases are not taken seriously by the schools. One parent indicated that they their child had been abused by a coach and the school did not reflect this allegation in the teachers personnel file. This makes many parents and concerned citizens ask why. The favoritism or desire to not ruin a person career is not a exception to the mandatory reporting requirement set out by the Oklahoma state laws. This is an issue that everyone who has a child needs to fight for transparency.

Does reform of the process for investigations into sexual abuse need to be reviewed at a higher level? The need for a movement for transparency needs to be formed in Oklahoma. This is a major area for sex trafficking and exploitation of the next generation. Now is the time to start the conversations with our children about what is right and wrong as it pertains to these types of issues. We need legislators on the Senate Education Committee to step in and listen to the voters to make laws that really make a difference.

The question of children being safe is public schools have never been more important than right now. The number allegations of sexual misconduct against teachers, administrators and leadership continue to come to the surface in Oklahoma. This is not just in one area but across the most counties. One must ask why these allegations are coming out now. The fear is that the issue has always been present in the public schools! The National Center for Educations Statistics' (NCES) annual "Crime, Violence, Discipline, and Safety in U.S. Public Schools" report reveals 5.2% of the 2,762 K-12 schools completing the survey for 2017-18 reported at least one incident of sexual assault other than rape, compared with 3.4% in 2015-16, Education Week reports. While the number of reported sexual assaults other than rape increased significantly, from roughly 6,100 in the 2015-16 school year to roughly 7,100 in the 2017-18 school year, the number of reported rapes or attempted rapes did not increase.

Is this a by-product of Oklahoma’s Me Too movement? After talking with over 25 graduates of the Tulsa Oklahoma School system, the answer is very clear. The problem has always been known, even as far back as grade and middle school. The need to speak out still has its risk because of the fear the adults not listen to them. Some advocacy groups like the American Association of University Women, however, feel incidents of sexual assault are still under-reported, as some school officials still lack the training or the will to distinguish sexual violence or bullying from reports of bullying in general. Though the #MeToo movement has drawn attention to the issue of sexual harassment, especially in colleges and the workplace, the issue is also a growing factor in K-12 education.

The lack of listen can be seen across multiple geographical locations and predator rich environments that range from the Olympic Gymnastics Team doctor to coaches and even principals. Is there a bias within the school system to not take allegations seriously because of the person in question? We must take a stand against the lack of transparency in the Oklahoma School System. Our children depend on our support at all cost. These are the next generation and our lack of staying silent will only prolong the damage of other children who our voices could have saved from these actions.

OK Truth News: Are You Watching For The Signs