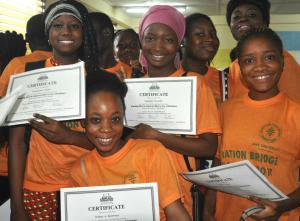 Applied Scholastics African Literacy Project in West Africa aims to spark and sustain a literacy movement through the region. 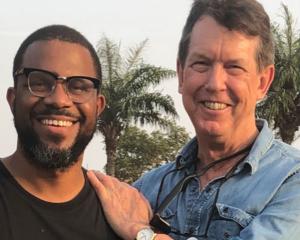 LOS ANGELES, CALIFORNIA, UNITED STATES, October 4, 2019 /EINPresswire.com/ — “Illiteracy is the most destructive human rights violation as it makes violations of the remainder of the United Nations Universal Declaration’s 30 articles possible,” said Pasadena attorney Tim Bowles at a forum on the Applied Scholastics African Literacy Project at the Church of Scientology Pasadena.

A volunteer director for the Project and human rights educator in West Africa since 2006, Bowles briefed local community leaders on the results of his most recent trip to Liberia and Sierra Leone.

Bowles noted that just as the region was starting to recover from these upheavals, Ebola hit and ran out of control for most of 2014 and into 2015, with some 22,400 cases and more than 8,900 deaths from the disease. “Among other devastating effects,” he said, “the disease forced the indefinite closure of Liberia’s schools nationwide for the better part of a year.”

Along with Liberian human rights activist Joseph Yarsiah and other dedicated West African colleagues, Bowles has established the Project as an answer to these continuing tragedies.

“Over the past 50 years,” Bowles continued, “Applied Scholastics International has established itself as an organization uniquely qualified to offer the solution to illiteracy through Study Technology (Study Tech)—proven, effective learning methods developed by humanitarian and Scientology Founder L. Ron Hubbard that emphasize comprehension for application and competence.”

Through collaboration with the highest levels of governance and policymaking, Bowles and his team are determined to provide Study Tech training to the teachers and students of Liberia, Sierra Leone and the entire region.

“Our dream of sparking and sustaining a literacy movement through West African educators and youth is steadily becoming reality,” Bowles said. “We are very excited about the prospects of what can be accomplished in one of the most anguished areas of the world. Our success there also undoubtedly stands for successful competency-based learning initiatives throughout the continent and far beyond.”

Applied Scholastics International is a secular nonprofit public benefit corporation that addresses head-on the problem of illiteracy by making Mr. Hubbard’s discoveries in the field of education and literacy broadly available. The organization works with hundreds of affiliated schools and educational programs throughout the world, providing these effective learning tools.

The Applied Scholastics International Training Campus at Spanish Lake, Missouri, is the hub of a worldwide Study Technology movement. Top educators from every academic arena acquire Mr. Hubbard’s tools for learning and literacy and those educators, in turn, train colleagues. So it is that millions fulfill Mr. Hubbard’s vision of a better world.

Visit the Applied Scholastics website to learn more about Study Technology, or watch episodes of Voices for Humanity on the Scientology Network about a school that incorporate this technology to overcome illiteracy among children who are labeled with learning disabilities in America, programs that address nationwide literacy crises in Denmark and the Ukraine, and others that open the door to opportunity for youth in Nigeria and Mexico.