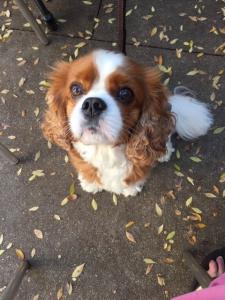 When domestic abuse victims seek shelter and safety, they shouldn't have to worry if their beloved pet will be abused if left behind—nor should they have to give them up.”
— U.S. Senator Martha McSally (R-AZ)

Led by U.S. Sens. Martha McSally (R-AZ) and Kirsten Gillibrand (D-NY), the first provision provides $3 million for a new grant program to help domestic violence shelters accommodate companion animals. The program was originally authorized by the Pet and Women Safety (PAWS) Act, which was included in the Farm Bill signed into law in December 2018 and requires annual funding through the congressional appropriations process. The U.S. House included a lesser amount – $2 million in that chamber’s Agriculture Appropriations bill. AWA helped pass the PAWS Act last year, and our effort to secure funding was a logical follow up.

Far too many victims of domestic violence are forced to choose between their own safety and the safety of their pet, with few shelters having the ability to house pets, and the PAWS Act was passed with the aim to address this problem so that more shelters can accommodate pets. Both Sens. McSally and Gillibrand were cosponsors of the PAWS Act in 2018 – Sen. McSally then as a House Member, and Sen. Gillibrand, as a Member of the Senate Agriculture Committee.

"When domestic abuse victims seek shelter and safety, they shouldn't have to worry if their beloved pet will be abused if left behind—nor should they have to give them up,” said U.S. Senator Martha McSally (R-AZ). "That's why I pushed to get funding for the PAWS Act into this bill. Now, shelters can receive funds to accommodate abuse survivors and their companion animals who are truly a part of the family. It is great to see strong bipartisan support for my amendment.”

“We applaud Sens. McSally and Gillibrand for their leadership in funding the PAWS Act to protect domestic violence victims and their pets,” said Holly Gann, Director of Federal Affairs at Animal Wellness Action and the Animal Wellness Foundation. “Pets are a significant source of support, and oftentimes, a family member. No one should ever be forced to choose between their own safety and the safety of their pets.”

The Senate also included a provision led by McSally and U.S. Sen. Cory Booker (D-NJ) that reflects a move toward enhanced and robust enforcement of federal criminal animal welfare laws, including the animal fighting law, Horse Protection Act, and Crush Video law. It requires the Department of Justice (DOJ) to provide a report detailing enforcement activities of these laws and assesses any barriers to enhanced enforcement. This move comes on the heels of language adopted by the Senate in September directing DOJ to make enforcement of federal animal welfare laws a priority and passage of the Parity in Animal Cruelty Enforcement (PACE) Act, championed by Animal Wellness Action, and was also included in the 2018 Farm Bill. The PACE Act upgraded the current federal animal fighting law to clarify that the law applies to the U.S. territories and takes effect in December of this year.

“We’re grateful to both McSally and Senator Cory Booker for championing the effort to ensure strong enforcement of existing animal cruelty statutes, added Gann. “This sends a strong message to animal fighters that the Congress expects the Justice Dept. to prosecute animal abusers to the fullest extent of the law.”

“We are seeing the enactment of strong federal anti-cruelty laws, and we need enforcement if they are to have meaning and to protect animals from malicious cruelty,” said Wayne Pacelle, Founder of Animal Wellness Action.

The Animal Wellness Foundation (Foundation) is a Los Angeles-based private charitable organization with a mission of helping animals by making veterinary care available to everyone with a pet, regardless of economic ability. We organize rescue efforts and medical services for dogs and cats in need and help homeless pets find a loving caregiver. We are advocates for getting veterinarians to the front lines of the animal welfare movement; promoting responsible pet ownership; and vaccinating animals against infectious diseases such as distemper. We also support policies that prevent animal cruelty and that alleviate suffering. We believe helping animals helps us all.

Animal Wellness Action (Action) is a Washington, D.C.-based 501(c)(4) organization with a mission of helping animals by promoting legal standards forbidding cruelty. We champion causes that alleviate the suffering of companion animals, farm animals, and wildlife. We advocate for policies to stop dogfighting and cockfighting and other forms of malicious cruelty and to confront factory farming and other systemic forms of animal exploitation. To prevent cruelty, we promote enacting good public policies and we work to enforce those policies. To enact good laws, we must elect good lawmakers, and that’s why we remind voters which candidates care about our issues and which ones don’t. We believe helping animals helps us all.