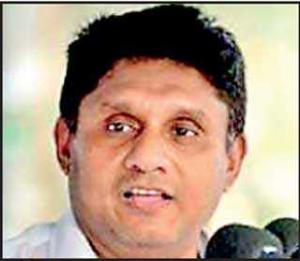 NEW YORK, NEW YORK, USA, November 6, 2019 /EINPresswire.com/ — When Sonia Gandhi came to power, she wanted to kill Tamils as many as possible. The reason behind her thinking was the perception that Tamil Tigers were behind the killing of her husband Rajiv Gandhi. Still many believe that instead some business people were involved in the plot to kill Rajiv Gandhi. We do not know much about it, so let us not go there.

The fact is that Sonia wants to take revenge on the Tamils as the presumptive killers and their supporters.

Now we have seen two leaders who took revenge, Sonia Gandhi for the killing of her husband and George W. Bush for the plot to kill his father.

President Premadasa was assassinated in 1993. We have heard many allegations, of possible killers are from Sinhalese political enemies or enemies who were affected by Premadasa's medieval behaviors. Tamil Tigers were the whipping boy in every horrible story in Sri Lanka. All political killers have used the Tamil Tigers as their scapegoat.

The final story that was heard in the 1990s was that the Premadasa's killer was supposedly the Tamils or a Tamil Tiger.

When people come to ultimate power like the younger Bush and the wife Sonia Gandhi, they have taken revenge on the presumptive assailants.

What about Sajith Premadasa? Will he try to take revenge on Tamils?

If so, what he could do?

As he said before in the election campaigning meeting, Sajith will strictly implement the Unitary State and Foremost Place to Buddhism. The PTA will be strong, meaning more Sinhalese settlements, more Buddhist Viharas in the northeast of Sri Lanka.

Tamils should not think about voting for Sajith or any Sinhalese candidates but instead strongly support the Tamil presidential candidate.