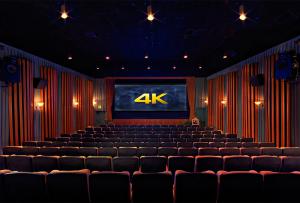 20 Percent of funds raised for the premiere will be donated to aid sexual assault survivors. Director urges individuals and corporations to support the cause.

LOS ANGELES, CA, UNITED STATES, November 13, 2019 /EINPresswire.com/ —   The Origins Multi Award winning short film Cigarettes in December will premiere next month at the Chaplin Theatre in Raleigh Studios on the night of December 13. The exclusive invite only event will be attended by some top industry professionals and will see Origins Productions step into the limelight publicly for the first time.

Origins Productions, known for their unorthodox use of AI-assisted film-making are presently raising additional funding for the event and will be donating 20 percent of all proceeds from the premiere to the aid of sexual assault survivors to RAINN (rape, abuse and incest national network). RAINN is America’s largest anti sexual violence organisation.

The 23 minute film that has won Best Drama at Los Angeles Film Awards among other festivals shines a light on the trauma of a sexual assault survivor through the character of Russ portrayed by multi award winning Indian American actor Divyansh Sharma. The Chaplin Theatre boasts an impressive 160 seats and is perhaps a fitting theatre for the young Indian American who wrote, co-directed, acted and edited the film himself.

Sharma who also won a Best Actor award for his performance in the film from Los Angeles Film Awards urges big studios, individuals and corporations to reach out and contribute to the cause. “All of us really become artists to affect a change in the world. In a town like Los Angeles that lives and breathes artists and film lovers I cannot think of a better cause for the artistic community to contribute to.”

The event will see the premiere followed by a Q and A with the cast and crew along with a reception. While many big hitters are in talks with Origins Productions to co sponsor the event. Origins Productions are still welcoming all and every organisation to be a part of this exclusive event to contribute to the significant cause.

For any interested in supporting the cause. They can reach out to Origins Productions at their official email origins@originsprs.com . For more information about the film , follow the film journey here.