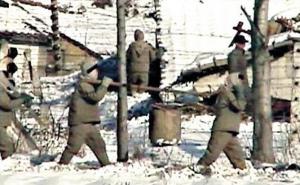 WASHINGTON, DC, USA, November 27, 2019 /EINPresswire.com/ — The American Mideast Coalition for Democracy supports the Administration’s proposal for conditioning foreign aid to the state of religious freedom in those countries receiving aid from the US government.

“The devil is in the details, as with any new proposal,” said AMCD co-chair, Tom Harb. “However, freedom of thought, belief, and conscience, are basic to our understanding of our God-given rights. Freedom of belief is a basic human right that should never be taken away.”

“This over-arching principle will create a way to orient US policy which is consistent with American values,” said AMCD vice-chair, Hossein Khorram. “We oppose those philosophies which require forced conformity from the people, such as communism and Islamic government. Both systems require citizens to limit their own thoughts, speech and actions in order to conform to a specific philosophy.”

“I think it's what the US stands for, religious liberty, and should be reflected in our aid and foreign policy,” said AMCD co-chair, John Hajjar. “US policy has been schizophrenic for years and this could be the guiding principle rather than realpolitik, even though national security will still take precedence. Over-all I think it could be very useful in guiding our foreign policy.”

“The rule of law must be applied to individuals, not to groups,” added AMCD Secretary Rebecca Bynum. “This is what separates Western civilization from thought-systems like communism or Islamic government where the law is applied according to membership in a group. We cannot help but regard this as basically unfair and unjust. Freedom of religion is a good yardstick by which to measure freedom in general and we should always favor freedom.”