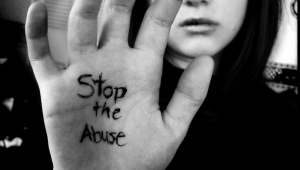 Between 2011 and 2015 U.S. spending on psychiatric drugs averaged $35 billion a year; today, 79 million Americans consume them.

Profitability at the cost of patients’ lives and the use of chemical-drug and other restraints as a ‘quick fix,’ need to be addressed, along with lack of oversight and accountability.”
— Jan Eastgate, President of CCHR International

CLEARWATER, FLORIDA, UNITED STATES, December 3, 2019 /EINPresswire.com/ — The Los Angeles Times’ recent report on deaths in California’s psychiatric hospitals has reignited calls from mental health industry watchdog, Citizens Commission on Human Rights (CCHR), for more effective oversight and accountability for treatment failure. The Times investigation followed the suicide of Julian St. John, son of former “The Young and the Restless” TV star, Kristoff, and Mia, a champion boxer.[1] The 24 year old was found dead with a bag over his head at La Casa psychiatric hospital in Long Beach, CA, on Nov. 23, 2015, less than three weeks after he attempted to kill himself in the same way.[2]

The Times submitted more than 100 public record requests to nearly 50 county and state agencies to obtain death certificates, coroner’s reports and hospital inspection records with information about these deaths. “The total includes deaths for which state investigators determined that hospital negligence or malpractice was responsible, as well as all suicides and homicides, which experts say should not occur among patients on a psychiatric ward,” the Times reported. Among the nearly 100 deaths identified, more than 50 were suicides.[3]

CCHR points to the same situation occurring in 1976, when the Times and Herald Examiner reported more than 100 people in California’s Camarillo and State Metropolitan hospitals had died. Then, Assemblyman Art Torres demanded public hearings into the deaths on CCHR's behalf.[4] In one case, a grandmother was found dead in a closet two weeks after the hospital informed the family that she was missing. The Times quoted CCHR: “When a woman can die in a closet and be there for two weeks and nothing has been done about it, there is a grave need for citizens groups to take action because doctors and psychiatrists refuse to do so.”

More than 40 years later, effective government action still is not taken. The Times reported that the current deaths reveal serious lapses in patient safety. The St. Johns, who settled a lawsuit against the facility where Julian died, alleged that nurses and staff members skipped mandatory checks of Julian, regularly falsified documents to cover up their neglect and made no efforts to keep plastic bags away from the suicidal patient.[5]

It is an all-too often scenario, CCHR says. Since 2015, the group has filed more than 21,000 complaints and reports to state and Federal legislators alleging fraud and patient abuses in major psychiatric for-profit hospital chains.[6]

While the Times argued that more hospitals and financing are needed, the U.S. behavioral treatment market is lucrative, valued at $69.5 billion in 2015.[7] Lack of funds isn’t the problem, CCHR says. According to the Chicago Tribune, investors like the mental health industry because the profit margins are much bigger than those at community hospitals providing medical services.[8] Profits at one major psychiatric chain are nearly 30%, double the nearly 15% operating margin in its acute care general hospitals.[9] Executives told investors that reducing staffing costs and keeping occupancy high helps the company stay profitable.[10]

Jan Eastgate, President of CCHR International, says that “profitability at the cost of patients’ lives and the use of chemical-drug and other restraints as a ‘quick fix,’ need to be addressed, along with lack of oversight and accountability.”

The Times reported: “No single agency keeps tabs on the number of deaths at psychiatric facilities in California, or elsewhere in the nation.” Further, “Following almost every death at a psychiatric facility in California, the facility continues operating and does not face a financial penalty.” Despite hundreds of patient deaths and assaults at psychiatric hospitals since 2009, California has imposed just 35 financial penalties—ranging from $30,000 to $100,000—against these hospitals.[11]

“There are also the far-reaching prescriptions of psychiatric drugs that are linked to increasing suicide. There is a propensity for hospitals to rely upon large doses of these drugs,” Eastgate said. At least 49 drug regulatory agency warnings link these drugs to self-harm or suicide/suicidal ideation. Between 2011 and 2015 U.S. spending on psychiatric drugs averaged $35 billion a year; today, 79 million Americans consume them.[12]

Eastgate says, “Greater criminal and civil penalties are needed, including for patient safety infringements and suicides occurring while patients are not properly supervised. With the billions invested in mental health care, there should be an upswing in people getting better, not this dwindling spiral of suicides and deaths.”[13]

About CCHR: Initially established by the Church of Scientology and renowned psychiatrist Dr. Thomas Szasz in 1969, CCHR is a nonprofit mental health industry watchdog group dedicated to eliminating abuses committed under the guise of mental health. CCHR works to ensure patient and consumer protections are enacted and upheld.[14] L. Ron Hubbard, founder of Scientology, first brought psychiatric imprisonment to wide public notice: “Thousands and thousands are seized without process of law, every week, over the ‘free world’ tortured, castrated, killed. All in the name of ‘mental health,’” he wrote in March 1969. Report psychiatric abuse here. As a nonprofit, CCHR relies on memberships and donations to carry out its mission and actions. Click here to support the cause. For more information visit www.cchrflorida.org or call 727-442-8820.