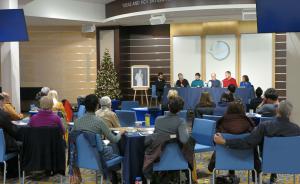 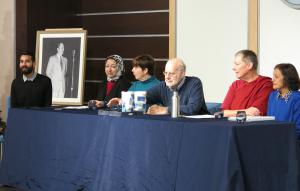 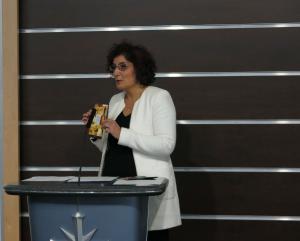 Members of the community gathered at the Church of Scientology to celebrate Human Rights Day 2019.

“Everyone has the right to freedom of thought, conscience and religion; this right includes freedom to change his religion or belief, and freedom, either alone or in community with others and in public or private, to manifest his religion or belief in teaching, practice, worship and observance.”

Article 18 is one of 30 articles that describe the basic rights belonging to every member of the human family.

In 1969, in addressing escalating social unrest in cities throughout the world, Scientology Founder L. Ron Hubbard wrote: “The United Nations came up with the answer. An absence of human rights stained the hands of governments and threatened their rules. Very few governments have implemented any part of the Universal Declaration of Human Rights. These governments have not grasped that their very survival depends utterly upon adopting such reforms and thus giving their people a cause, a civilization worth supporting, worth their patriotism.”

The Church of Scientology of Silicon Valley spotlighted freedom of religion or belief in their Human Rights Day celebration. A recent article in Deseret News points out: “Contrary to popular belief, religious persecution is alive and well around the world. More than 80 percent of the global population lives in religiously restrictive environments, according to Pew Research Center.”

The Church hosted a forum featuring a panel of leaders from six religions: Christianity, Judaism, Buddhism, Hinduism, Islam and the Church of Scientology.

The following questions were addressed by the panelists: What are the basic teachings of their faith? Do their traditions have a concept of human rights? How have the scriptures or teachings of their religion been used to promote peace? This was followed by questions from the audience.

Many attending the forum realized they had misconceptions about one or more of the faiths represented. One realized her views of Muslims had been colored by negative media and she said she appreciated having the opportunity to gain a richer understanding of the religion.

L. Ron Hubbard set forth the beliefs of the Church of Scientology on the subject of religious freedom and human rights in the Scientology Prayer for Total Freedom:

“We pray that human rights will be preserved so that all people may believe and worship freely, so that freedom will once again be seen in our land.

“Freedom to use and understand Man’s potential—a potential that is God-given and Godlike.

“And freedom to achieve that understanding and awareness that is Total Freedom.