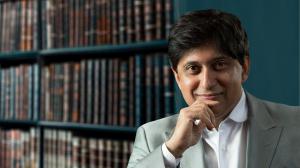 “The stigma around drug use and its associated psychiatric vulnerabilities such as depression remain ride.” – Dr. Srini Pillay

LOS ANGELES, CA, UNITED STATES, December 11, 2019 /EINPresswire.com/ — Remembering the birth of Jimi Hendrix 77 years later: November 27, 1942. If Jimi Hendrix was alive, he would be 77 years old this month. Instead, he overdosed and died at the tender age of 27 in room 507 at The Samarkand Hotel in London. Widely regarded as one of the greatest instrumentalists of rock music, Hendrix’s guitar mastery remains an inspiration, my favorite songs of his being “Hey Joe” and “Purple Haze.” The immense joy that he brought so many people was only exceeded by the sadness of losing him. Who knows how music would have changed had his addictions been addressed. More importantly, imagine how much longer he could have enjoyed his own brilliance.

Since then, some things have changed and some have not. The stigma around drug use and its associated psychiatric vulnerabilities such as depression remain rife. While psychiatry has done much to advance the treatment of addictions, the psychiatric lexicon still has subtle descriptors that perhaps contribute to this stigma.

Words like “impaired” judgement, while seemingly accurate, also imply that something is damaged, deranged or strangely altered. But “judgement” itself is not an addressable problem in a person who suffers form addiction. In addiction, judgment is under siege. Choice appears to be an option to outsiders, but for those who are lost and in pain, choice becomes the slave of mood, and even a brilliance like Hendrix’s is eclipsed from one’s own mind. It’s not so much that addiction is disorder, it’s an unfortunate new order that blocks a sustained embrace of life. Its not choiceness though—addiction can be stopped in its tracks.

Though we may not have Hendrix’s talent, we are all born to the dubious gift of this life with one very bright possibility ~ to explore and develop our consciousness safely; to discover our own funky genius; and to share it with others so that we can enjoy the enhancements of collective and connected magic.

#hotdatebrainfact: Did you know that aerobic exercise improves control over addiction, and reduces the brain’s craving? (https://www.ncbi.nlm.nih.gov/pmc/articles/PMC6718472)

Srini Pillay M.D. is a Harvard-trained psychiatrist, brain researcher, certified master executive coach, technology entrepreneur and musician. He is regarded as a pioneer in the field of transformational neurocoaching and has been extensively featured in the media including CNN, Fox, The New York Times, The Boston Globe, Forbes and Fortune. He is an award-winning author of multiple books and an in-demand keynote speaker. His most recent book is “Tinker Dabble Doodle Try: Unlock the Power of the Unfocused Mind”.

Pillay is the founder and CEO of NeuroBusiness Group, voted one of the Top 20 movers and shakers in leadership development in the world by Training Industry. He has worked with leaders internationally in many Fortune 500 companies, and is currently an invited member of The Consortium for Advanced Adult Learning and Development (CAALD) at McKinsey &Co. and The Transformational Leadership Council (TLC). Recently, Pillay created a series of videos on “Managing Depression in the Workplace” for LinkedIn Learning.