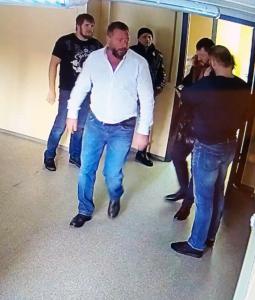 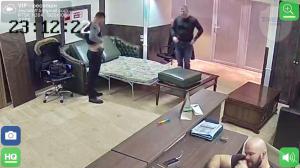 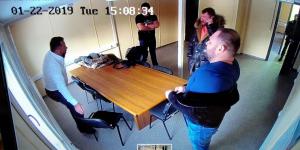 LONDON, UNITED KINGDOM, February 11, 2020 /EINPresswire.com/ — IIlgar Hajiyev, who went from selling bottled beer to Soviet factory workers when he was a boy to building a diversified $1-billion-dollar business in Russia, Ukraine and Azerbaijan, never envisioned himself as a crusader.

But that was before the native of Azerbaijan became a victim of what the Russians call "reiderstvo," using dirty tricks, intimidation and force to take over someone else’s business without compensation.

Hajiyev had witnessed the practice in the chaos following the collapse of the Soviet Union, particularly in Russia, but never thought it would happen to him. After all, it was 2019, and he had worked for years with God Nisanov, his powerful Forbes-listed partner, who would ultimately betray him.

The two were co-developing three high-rise complexes in the Moscow area when they disagreed on the mix of residential versus commercial property the projects should contain.

When the dispute continued, Nisavov sent armed men to seize the complexes. He never compensated Hajiyev for the tens of millions of dollars that Hajiyev had sunk into the still-unfinished projects. The nightmare became worse when Hajiyev began receiving death threats that forced him and his family to flee to Germany.

What he experienced was so wrong, and so traumatic, that he decided to open a center to try to put a stop to reiderstvo.

Hajiyev is announcing today that the London-based Center for Business Transparency and Countering Corporate Raids in Russia has begun operating. The website is: www.fightraids.com.

The center is long overdue, he said. Russian news organizations have dubbed reiderstvo theft on a trillion-dollar scale. Every year, they estimate, unscrupulous people and leaders of criminal enterprises dispatch thugs to take over 70,000 companies in Russia, most of them Russian-owned but an increasing number owned by Americans, Britons and other foreigners.

“This practice is destroying the lives of tens of thousands of honest businesspeople who built companies big and small from scratch,” Hajiyev said. “But it doesn’t just affect individual entrepreneurs and companies. Economists say it actually lowers gross domestic product because those who illegally seize the companies often don’t know how to run them, resulting in massive hits to productivity.”

Reiderstvo also discourages foreign investment in Russia and the rest of the former Soviet Union, Hajiyev said. “Why would you pump money into a country where you could illegally lose everything overnight?” he asked rhetorically.

The center’s main mission will be to try to stop individuals and organizations from using dirty tricks and force to seize companies without compensation.

It will do this with advocacy, intervention and education in Europe and the United States, Hajiyev said.

Advocacy will involve communicating with politicians, academics, other influentials, journalists and the public inside and outside Russia.

Intervention will involve trying to help victims of reiderstvo get their businesses back. Strategies for accomplishing this will include talking with politicians and other leaders who can bring their influence to bear on a case and filing lawsuits against those who illegally seized the businesses in the first place.

Education will involve letting as many people as possible know about reiderstvo, particularly the harm it is inflicting. To do this, the center will work with journalists, academics, politicians and others who can spread the word. In addition, it will hold conferences, seminars, symposiums and other events to discuss the practice and seek solutions to it.

“We’d like to hear from anyone who has been victimized by reiderstvo,” Hajiyev said. “The more of us there are in this fight, the better chance we have of prevailing.”