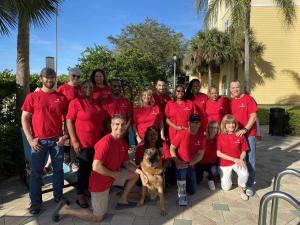 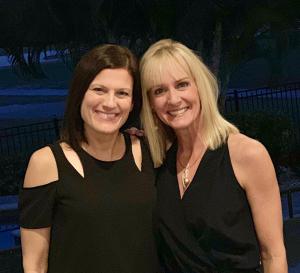 Chapter Preparing for Rescue Mission up to and during Super Bowl 2021 and beyond!

We want to open the eyes of Tampa Bay residents by educating them about this activity happening right here in their backyard,”
— Laurie Wisotsky

TAMPA, FL, USA, February 26, 2020 /EINPresswire.com/ — (Tampa, FL) Feb. 24, 2020 – This year’s Super Bowl is over, but Rahab’s Daughters, a national organization that fights human trafficking, has begun preparations for the 2021 event in Tampa by launching a local chapter. They will kick off with a “Trafficking in Our Neighborhood” educational event Wednesday, March 4, at Panera Bread in Feather Sound at 6:30 p.m. The evening is free and open to the public and will feature important trafficking prevention information and opportunities to join the fight. The event will be capped with a panel discussion featuring the founders of the organization Rev. Dr. Denardo Ramos a long time social justice advocate and Sharmila (Sam)Wijeyakumar a human trafficking survivor.

Human trafficking is big business, generating an estimated $9.5 billion in the United States alone. Globally, that number jumps to an estimated $150 billion annually, with $99 billion coming from commercial sexual exploitation. Florida is near the top of the list for human trafficking cases across the nation.

“Trafficking doesn’t look like what you’d expect, and minors are especially vulnerable. This year’s Super Bowl and Pro Bowl mission volunteers saved more than 30 survivors, and we hope to help even more next year,” said Dr. Ramos.

The Tampa chapter will prepare all year for the upcoming Super Bowl weekend mission, by hosting fundraising, awareness and prevention activities such as self-defense classes, men’s rallies, technology & trafficking workshops, education, and other informative events. They will open a local safehouse in 2020 and will be prepared to do rescue and rehabilitation of survivors by q4 of 2020.

Laurie Wisotsky, director of the new chapter, has spent several years training the medical field to recognize the signs of human trafficking and participated in the recent Rahab’s Daughters Super Bowl and Pro Bowl mission.

“We want to open the eyes of Tampa Bay residents by educating them about this activity happening right here in their backyard,” said Wisotsky.

According to its 2018 report, the National Human Trafficking Hotline identified 1,771 victims and 506 traffickers from Florida. The hotline saw a 25 percent jump in cases of human trafficking from 2017. During Superbowl 2020 Rahab's Daughters help law enforcement rescue a survivor and arrest a trafficker in a local Tampa Hotel. Come to the event to hear more about this.

Rahab's Daughters is a trauma-informed anti-trafficking organization founded by a trafficking survivor; and they specialize in the rescue, rehabilitation, and reintegration of survivors. As a suburban Chicago-based organization, each year they lead a mission trip to the Super Bowl host city to raise awareness, prevent trafficking, and rescue survivors.

Join the Fight Against Human trafficking with Rahab’s Daughters