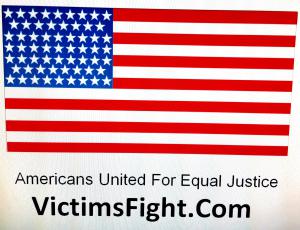 Americans United for Equal Justice, a non-profit, to bring equal justice to all, including millions of low income victims of sexual harassment & discrimination

If an institution such as Columbia is able to pay-off a $650,000 bribe to unethical attorneys to avoid a $200 Million Dollars Class Action, anybody in America could be a helpless victim tomorrow.”
— Randy S. Raghavendra

NEW YORK CITY, NEW YORK, UNITED STATES, February 26, 2020 /EINPresswire.com/ — Americans United for Equal Justice – a non-profit dedicated to bringing equal justice to all, including millions of low income victims of sexual harassment, illegal discrimination, consumer fraud, and other illegal conduct across America – has just launched its VictimsFight.Com website. A mobile app will also be released soon for downloading on any mobile device.

VictimsFight.Com is designed to revolutionize the current system of victims’ complaint handling and for most efficient organization of victims nationwide to seek justice against any abusive, powerful, and wealthy corporations without the need to hire any expensive attorneys. By promoting fair and relatively quick handling of victims’ complaints, VictimsFight.Com expects to disrupt the current justice system that appears to be trapped in a vicious cycle of unethical and inherently corrupt practices where an average victim with even substantial claims but modest means may never get any justice.

Americans United for Equal Justice was founded by a former Senior Management Analyst of the prestigious Columbia University, Randy S. Raghavendra, after having litigated a multi-million dollar race discrimination and retaliation case against Columbia itself during the past fifteen years. AUEJ has also simultaneously launched its ColumbiaVictims.Com website to assist the victims of racial discrimination and or sexual harassment at Columbia. Recently, criminal charges were brought against a Columbia University doctor for sexually assaulting over 17 women, including the wife of Presidential hopeful, Andrew Yang. The website also lists the cases against several Columbia professors who have either been sued or have resigned after having demanded sexual favors from their female students at the New York based Ivy League.

The 59-years old Founder said “if VictimsFight.Com existed some fifteen years ago, there would not be the Bill Cosby or Harvey Weinstein or the Jeffrey Epstein sexual assault scandals now because their victims would have been able to confidentially register their complaints and VictimsFight.Com would have come to their rescue by immediately organizing against each of their high-powered, celebrity aggressors.”

Raghavendra said that VictimsFight.Com is the first civil rights organization
that intends to fight individual discrimination and sexual harassment by raising funds primarily through donations and partnering with ethical attorneys across the United States for seeking meaningful relief for millions of voiceless victims in an organized fashion not only through individual and class action litigation but also seeking criminal prosecution and organizing for change of laws for protecting the rights of even the lowest income victims of illegal discrimination and sexual harassment. To protect their personal identify and prevent any retaliation, VictimsFight.Com would allow the confidential registration of complaints by simply using an anonymous email address without even revealing the victim’s name or other personal information.

VictimsFight.Com is on a mission to also become the largest civil rights organization in America and provide ethical attorney representation to all victims whose rights were substantially violated, regardless of how poor they may be. At the present time, there are no other civil rights organizations, including the ACLU or the NAACP, that provide any individual attorney representation in the David vs. Goliath cases of any of the low-income and helpless victims. As a result, the existing civil rights laws are not taken seriously by most large corporations and wealthy individuals. Instead of providing any real equal opportunity, many large corporations view the civil rights laws merely as a nuisance or a small hurdle that needs to be overcome for continuing their discriminatory practices with impunity and by taking advantage to the maximum the lack of any ethical attorney representation for the overwhelming majority of victims of discrimination and sexual harassment.

The dark-skinned, Indian-American Founder said his own 15-years litigation is an excellent example of the plight of millions of low income discrimination victims today. His civil rights organization intends to provide ethical attorney representation in as many cases as possible. He said “If a prestigious institution such as Columbia is able to pay-off a $650,000 bribe to some unethical attorneys to avoid a $200 Million Dollars Class Action and deprive the basic constitutional rights of even a highly accomplished executive with two master’s degrees and twenty five years of professional accomplishments such as me, almost anybody in America could be a helpless victim tomorrow.”

Research points to fear of retaliation and legal hurdles as reasons that workers often don’t come forward with harassment claims, particularly in the low-wage workforce. Many employees, especially at small or male-dominated companies, don’t believe their complaints will be taken seriously internally. But reporting to external authorities can carry its own risks: Employers are notified of complaints filed with the EEOC and similar agencies, and although retaliation is illegal, there have been numerous cases of companies firing workers or altering their work schedules after they file complaints with management or a government agency.

Raghavendra pointed that the current justice system is designed to render justice only for the large and powerful corporations and a few already wealthy and or high-profile victims who can afford to pay tens of thousands of dollars in attorney fees. The average victim cannot seek justice in the current system as he or she simply cannot afford to retain a $500/hour attorney or a powerful law firm for obtaining any justice. He added that even the few attorneys and law firms that may represent a victim on a contingency fee basis are easily corruptible by the large and wealthy corporations as they can easily buy-off the loyalty of any such plaintiffs’ attorneys by making some kind of a deal where the plaintiffs’ attorneys are paid off to betray and or sell-out their clients.