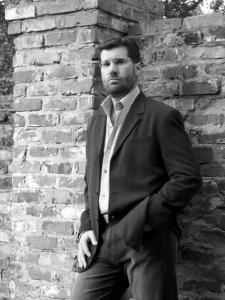 The “Why Are They Like That?” book series aims to breathe new life
into diversity courses with edgy discussions from a pioneering global project.

The “Why Are They Like That?” series finally brings together the most profound, heart-warming and hilarious conversations from the past two decades of author Phillip J. Milano’s take-no-prisoners project, with real people, celebrities and experts addressing unfiltered questions related to race, religion, sexual orientation, gender, disability and more. It’s meant to uplift all audiences, and be assigned reading in college diversity courses to enhance students’ readiness for the polarized world that awaits them.

The timing is designed to address a new era in which bigotry and its evil twin political correctness are rising to new heights in the U.S., Milano said.
”We are seeing racism and hatred reach an almost cataclysmic level in our society,” said Milano, founder of YForum.com (now DareToAks.com) and author of the 12-book Why Are They Like That? series. “Yet the unflinching give-and-take we so desperately need to explode fears and ignorance is being suffocated by censorship and hypersensitivity. We need fewer trigger warnings and more myth-busting.”
Taboo questions are unflinchingly addressed such as: Do white girls want sex more often? Do gay guys get off looking at their own bodies? Are Muslims OK with killing infidels? Do amputees get asked out on dates? Why do black comics joke about childhood beatings?

Milano is a 30-year journalist and media professional who breached the boundaries of a sheltered white suburban upbringing to create Y?, which has generated 10 million visits and more than 50,000 postings worldwide since its creation in 1998.
He has been a breakout on BET, CBS, CNN, the BBC and FOX News with his bold dialogue project, and featured in The New York Times, USA Today, Entertainment Weekly, The Atlantic Monthly, Washington Post and many more outlets. He is the author of the Perigee book I Can't Believe You Asked That! and writer of the pioneering newspaper column/blog "Dare to Ask."

At a critical juncture when falsehoods and lies are trumping facts and ideas, Milano said his stirring call to action is simple: Love and respect others by courageously learning everything about them.

Milano’s project is at DareToAks.com. He can be reached for interviews at yforum@yforum.com, facebook.com/DareToAks and on Twitter at @PhillipMilano. The Why Are They Like That? series is available on Amazon.com. Books can be purchased individually or as part of a collection by visiting Amazon.

“Mr. Milano has dared to open the field of debate to the maximum…” — Le Monde, Paris

“(A) remarkable contribution to cross-cultural understanding…” — The (London) Guardian

“Both hilarious and serious…” — FOX News

“Whoa! Now for some gut-level dialogue on race…” — The Philadelphia Inquirer