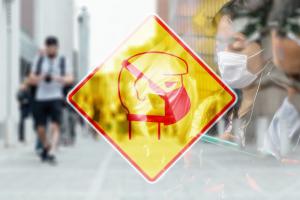 Over 500 church members of Shincheonji (SCJ) tested positive for the virus and have become the target of scapegoating and blame.

NEW YORK, NY, USA, February 29, 2020 /EINPresswire.com/ — The rapid proliferation of the coronavirus (COVID-19) resulted in 13 deaths and 2,022 confirmed cases as of February 28 2020 in South Korea. While the cause and solution of the infection have not been identified, over 500 church members of Shincheonji (SCJ) tested positive for the virus and have become the target of scapegoating and blame.

On February 19, South Korean President Moon Jae-In stated that a full survey and diagnosis of Shincheonji members were necessary. On Feb 25, SCJ submitted a list of 210,000 members to health authorities with the condition the personal information of their members remain protected. On 26th, health authorities began telephone surveys and tests on those who showed symptoms.

Chosun Ilbo, a major newspaper in South Korea, reported that 5 people with pneumonia were found positive with the virus according to the Central Disaster and Safety Countermeasures Headquarters before any Shincheonji member was involved. The medical community noted that the COVID-19 cases had already proliferated before the mass infection of members of the church. This raises doubts on reports echoed by some Western media that patient 31, a female Shincheonji member, had been the main agent spreading the infection throughout the country.

The mass infections focused attention on the Shincheonji Church. Unfortunately, several media reports relied on low-level internet sources and interviews with Christians who regard Shincheonji as a serious competitor and have labeled it a cult.

“Shincheonji members generally do not recognize themselves in reports they read in the media. For instance, they do not regard their founder, Chairman Lee Man Hee, as the second coming of Jesus or as God. Publishing these claims without fact-checking shows media do not do their homework and only relied on bias sources,” said Mr. Kim Shin Chang, General Director of Department of International Relations of Shincheonji Headquarters.
Shincheonji Church is controversial in Korean society. This is mostly due to its rapid growth in the past decade which has occured the at the expense of the politically influential conservative and fundamentalist Christian churches in Korea. Shincheonji’s members exceeded 200,000 in 2018, and this spectacular growth contrasts with the gradual decrease of members in conservative and fundamentalist Christian groups in South Korea, which have been plagued by corruption scandals.

Another example of societal pressure against SCJ was covered by Munwha Broadcasting Corporation (MBC), a leading South Korean television. They reported on February 26th that a female Shincheonji member fell from a window of her house and died as a result of her husband’s violence. The husband tried to coerce her to leave Shincheonji. Before her death, the police received reports of domestic violence.

As confirmed in several reports by Belgian NGO Human Rights Without Frontiers (HRWF), Shincheonji members have been the main target of kidnapping and confinement promoted by pastors with the aim of compelling them to renounce their faith, called forced conversion or deprogramming, resulting in over 1,000 human rights violation cases.

When one of its members died during a coercive conversion attempt, Shincheonji reacted with protest of more than 120,000 Korean citizens in January 2018 to demand justice. The annual 2019 International Religious Freedom Report by the U.S. Department of State mentioned the incident. However, the Korean government did nothing.

“We are asked why we hide our identity or affiliation to Shincheonji. What is happening now with the virus outbreak clearly answers the question. When the fact that we belong to Shincheonji becomes known, we are forced to quit our jobs. We cannot send our kids to school. Vulnerable members are exposed to domestic violence. We fear the coronavirus, and we also fear the virus named hatred and insult.” states a member of Shincheonji.