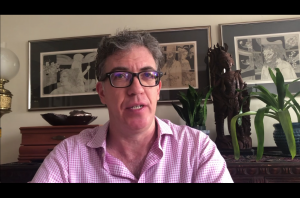 NEW JERSEY, USA, May 28, 2020 /EINPresswire.com/ — I’m Michael J. Jordan,speak to you from US state of New Jersey on quarantine to Covid-19 pandemic

Hong Kong is one of the world’s great cities and financial capitals. Yet it’s once again burst into global headlines, due to violent clashes between anti-government protesters and hongkong police.

But this is a far cry from the Hong Kong that I grew to love, as a journalist and visiting professor. In fact, as an American who’s been fortunate to have also lived in Europe, Africa and Asia, of all the cities where I’ve worked, Hong Kong stands out as the place most like my home-base of New York City.

To me, Hong Kong feels like “the New York of the East,” as a city that never sleeps, where the dynamism of the street fuels my adrenaline, every day. I’d walk for hours, photographing ordinary people, living their lives, then sit in a café to write about my experiences. Like these photos and stories.

However, it wasn’t just the city I fell in love with, but my Chinese students as well. From 2009 to 2016, I was a seven-time Visiting Scholar at Hong Kong Baptist University, spending six weeks each year teaching International Journalism to about 100 graduate students.

Most of my journalism students were from mainland China, and generally arrived with great enthusiasm and appreciation for this opportunity: to be studying in English, in a territory that was what I called “China-plus”: certainly Chinese, but with so many features of an international, multicultural city.

It’s because of all these memories that I’m saddened to see Hong Kong erupt in renewed violence. The central government in Beijing is now pushing for what it says is a necessary new National Security law, but some Hong Kongers see it as another attempt by Beijing to impose its will on the former British colony.

Since being returned to China in 1997, Hong Kong has enjoyed a degree of autonomy found nowhereelse on the mainland, through a policy known as “one country, two systems.”

We in the international audience hear dueling narratives between the Chinese and the West, with both focusing on different extremes. The Chinese media tend to focus on the most violent protestors, and their destructive actions – while largely ignoring the more reasonable protesters.

On the other hand, the Western media tend to spotlight the peaceful protestors, and their demands – while largely ignoring the more violent elements within their movement.

Look, I myself haven’t been in Hong Kong for four years, so I don’t know exactly what the situation is like on the ground. Even many there probably don’t know. But I can say with some certainty that the situation is far from black and white, with many shades of grey – and the outside world isn’t receiving a full, complete picture of this reality.

All that said, there can be no tolerance of violence.

I recall watching one television interview last year, when a Western journalist pressed a young spokeswoman for the protesters about the extremists within her movement. She refused to denounce the violence, basically asking, “What can even we do to control those who are more violent?”

The fact she wouldn’t do so, even refused to, demonstrated a cluelessness, or naivete, or … indicated that some movement leaders do indeed condone violence.

Violence like this is not only morally unjustified, it’s rarely defensible. Like other people, I myself have been furious before. Even at my own government protest one thing, But I never felt so outraged that it drove me to smash a shop-window, or destroy a street-light, or hurl a glass bottle at a police officer.

Or, could it be that some violent protestors hope to achieve something darker: to provoke a crackdown? They know the police must respond somehow, and in heavier-handed fashion than you. Are you hoping to have your victimization filmed, then go viral, to turn yourself into a martyr for the cause?

Regardless, and I’m now speaking as a Communications Consultant, turning to violence is also a lousy Communication strategy. The protest movement clearly hopes to drum up support from Western governments, Western activists, Western media, and other backers. But if you turn violent, you run the risk of losing the support of fair-minded, freedom-of-expression advocates … like me.

All I hope is that peace returns to this city