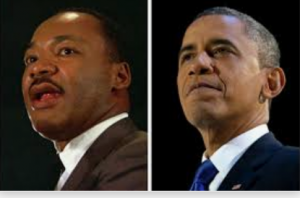 A simple and quick solution to avert Police brutality against our African American citizens.

We know through painful experience that freedom is never voluntarily given by the oppressor, it must be demanded by the oppressed.”
— ML King

ENCINO, CALIF., US, June 3, 2020 /EINPresswire.com/ — I am writing as a concerned citizen. I have only two brief comments, both connected to the Police brutality.

A. We all know that 400 years of injustice, brutality included, against our African-American citizens, is not easy to erase. Especially, that In my humble estimation, 30-40% of the white population is STILL having nightmares. Yes, for ALL those EIGHT years, President Barack Obama was living in what they call “THEIR” White House! They are still active among us, especially now, as their leader is the dweller of the place.
In spite of all that, the Minnesotan TRAGEDY could have been EASILY avoided if just ONE, just ONE single African American policeman, would have been among those criminal four.
So, my fellow citizens, please contact your Representative, Senator, Governor, Mayor, Police Chief, etc. Ask them to do everything possible to start hiring dozens, hundreds, of African Americans into the ranks of the Police force ALL OVER THE COUNTRY, no just in your State. That would be a relatively quick response to avert at least police brutality/violence against African Americans! Comes November, Corona, or not, please go VOTE. Our Democracy is at stake!!

B. Lastly, a coincidence. That Minnesotan policeman, Derek Chauvin, an extremist for sure, willingly or not, is the reincarnation of Napoleon’s soldier, Maurice Chauvin, after whom ‘chauvinism’ an aggressive nationalistic agenda, is named.