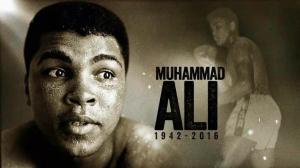 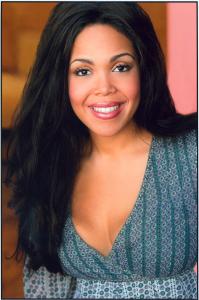 Khaliah Ali, Muhammad Ali’s Daughter, Available for News Interviews on Observance of Father’s Death and in Wake of Protests & Violence Triggered by Murder of George Floyd 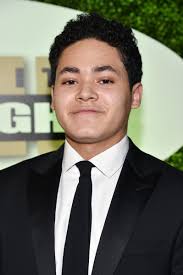 Four years ago this week; on June 3, 2016, in Phoenix, “The World’s Greatest” died of complications related to Parkinson’s Disease. On June 10, 2016, he was buried near his birthplace of Louisville, Ky. Ali was 74.

Available for news interviews are Ms. Ali, 46, and her son; Muhammad Ali’s grandson, Jacob Ali-Wertheimer, 21. He is a human and civil rights leader on the Harvard University campus.

Khaliah Ali, who sits on the board of the Philadelphia Juvenile Law Center, says she and her son are carrying-on her father’s legacy of global citizenship. She emphasizes her understanding of the outrage over the police-involved death of Minneapolis’ Floyd but denounces the nationwide violence and vandalism of the past few days.

“While my father was a boxer — punching, jabbing and knocking-out his opponents in the ring, he was not a violent man,” says the Philadelphia native. “My father fought racial inequality and injustice through peaceful protest. He always stressed the importance of abiding by Martin Luther King’s credo, “No building will be burned; no store will be robbed; nobody will be hit, punched or beaten.”

Although Jacob disagrees with the violence and vandalism he explains, “My generation is frustrated with inaction and millennials are lashing-out in anger; believing that rioting is the only method of generating attention and gaining results.”

“While watching TV coverage of the riots, especially the events in Muhammad Ali’s hometown of Louisville, I can’t help but reflect on this scenario,” describes Ali.

“My father won the Olympic Gold Medal in Boxing in 1960 and became a global headline; honored by competitors and the sporting world, but, as the New York Times reported, he was known by whites in Louisville as, ‘The Olympic Nigger,’ ” recites Ali.

She continues, “Lore has it that shortly after the Olympic Games in Rome my father was refused service at a Louisville restaurant – common in racially-divided Kentucky. My father left the restaurant and was, reportedly, harassed by police while walking across the city’s Second Street Bridge. Once police passed, in disgust, my father, reportedly, threw his gold medal into the Ohio River. That was a life-defining moment.”

“While we have seen many changes to racial inequality in America since 1960; some things, haven’t changed,” says Ms. Ali.

In 1964, Cassius Clay beat boxer Sonny Liston for the heavyweight boxing title. He claimed Cassius Clay was a slave name. He changed it to Muhammad Ali — a symbol of defiance and membership in the radical Nation of Islam.

In 1967, he was stripped of his crown when refusing to be drafted in the Vietnam War.

In 1984, he was diagnosed with Parkinson's Disease.

Clay, in tears, reported the crime to a white police officer. He stated, I want to “whup” the thief.

He encouraged Clay to learn to fight before seeking retaliation.

Martin’s gym was in the basement of the same building they were standing in.

The next day, Clay started training. He spent six years "under Martin's wing."

Had Clay not been a victim of crime; had not taken Martin's advice, his life would have taken a different path.

The incident became a catalyst for Clay's boxing career, which gave Clay a purpose in life.

From that point forward, Muhammad Ali experienced an awakening. He began seriously considering the realities of racial tensions in America and the effects of segregation and integration.

Muhammad made a conscious decision to use boxing as a platform for social justice and peacemaking on a global basis.

It Tweeted Sunday, “We stand in solidarity w/community groups in MN and across the country who are grappling w/racialized state violence, inequity, & injustice. “ The Center is the first non-profit, public interest law firm for children in the U.S. that advocates for rights, dignity, equity and opportunity for youth in the child welfare and justice systems.

Most recently, Ali worked on the campaign to elect Steven Reed. He is Montgomery, Alabama’s first black mayor.

She traveled to Africa to promote water purification projects. She worked on an awareness campaign to shed light on human rights violations in Africa’s diamond-mining regions.

Ali graduated from Cornell University. She is a former Ford Model, Philadelphia television program host; Conde Nast magazine editor and, currently, is a fashion designer. Her line of apparel is available on ShopHQ — a home shopping channel based in Eden Prairie, Minnesota.

Khaliah is married to prominent Philadelphia attorney Spencer Wertheimer. Among his clients is Philadelphia's Redevelopment Authority, which he represented before the United States Supreme Court.

Their son, Jacob, is entering his senior year at Harvard University. He is a pre-law student, majoring in political science, statistics and African-American studies.

Jacob, the grandson of Muhammad Ali, is a decathlete on Harvard's track and field team. He is actively involved the Equal Justice Initiative. It is a non-profit organization providing legal representation to wrongfully convicted prisoners and provides legal services to those who did not receive fair trials.