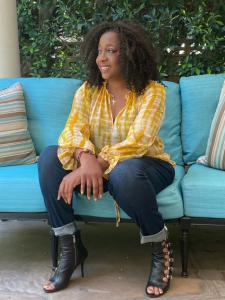 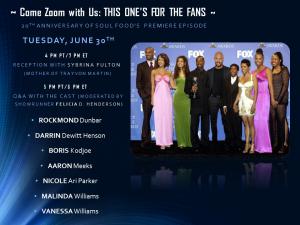 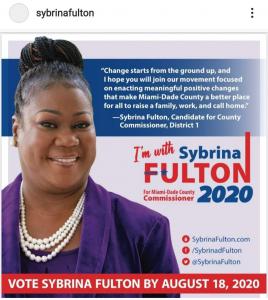 ‘Citizen's arrest’ and untouchable police forces who are not held accountable for excessive force, police brutality, and murder of black and brown American citizens must stop.”
— Felicia D. Henderson

Felicia D. Henderson, Soul Food Showrunner and event organizer said, "First and foremost, I am a writer, and artists must be activists now more than ever. This year we're celebrating the 20th Anniversary of the premiere of SOUL FOOD (the TV series). Myself, along with executive producers: Tracey Edmonds, Bob Teitel, and George Tillman; writer-producers: Salim Akil (who also directed the show), Kenya Barris, Eric Haywood, and Charles Holland; directors: Jeff Byrd and Oz Scott; and the cast: Rockmond Dunbar, Darrin Dewitt Henson, Boris Kodjoe, Nicole Ari Parker, Malinda Williams, and Vanessa Williams, are looking forward to celebrating this anniversary with a Zoom fundraising reception for Sybrina.

Before COVID-19, before more murders of Black people, we planned a large party, retrospectives, etc., etc. But now, we have the opportunity to use this anniversary to be "Artivists" and I believe in nobody like I believe in Sybrina's ability to be an agent of change," says Felicia. Fans can join the Official 20th Anniversary Soul Food Zoom Event and hear Sybrina share the many reasons she is running for Miami-Dade's County Commissioner. This will be immediately followed by a Q& A reception with the cast. The purpose of the event is to unite fans of this groundbreaking show, while uplifting awareness around political candidates who understand racial violence and have a commitment to its eradication.

Henderson said, "Sybrina Fulton being the mother of Trayvon Martin, who was murdered at the hands of George Zimmerman, has a profound understanding of this issue a deep level of personal loss. We have to make sure she has a seat at the table. Our goal is to stop the American terrorism accepted by the American court system. ‘Citizen's arrest’ and untouchable police forces who are not held accountable for excessive force, police brutality, and murder of black and brown American citizens must stop."

To make a donation to Sybrina Fulton’s campaign and RSVP for the event, click the link below: