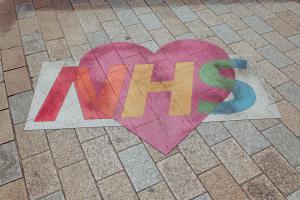 The Workers Union, led by their general secretary Colin Mahoney, demands the government of bereaved families of NHS workers claim compensation for their loss.

We urge the government to contact affected families and encourage them to claim. It’s not good enough to just murmur about it at a press conference”
— Colin Mahoney General Secretary

COVENTRY, UNITED KINGDOM, July 28, 2020 /EINPresswire.com/ — As many as 540 frontline healthcare workers in England and Wales died during the COVID-19 crisis. Despite this, figures obtained by Layla Moran MP reveal that only 19 families have been approved for the £60,000 pay out. Miss Moran obtained the information in response to a written parliamentary question.

To be eligible to claim, COVID-19 must have been the primary cause of death. Their must also be evidence that individuals contracted the virus at work.

The compensation system, or “NHS and Social Care Coronavirus Life Assurance (England) Scheme” started to consider claims on May 20th. It launched amidst soft-focus quotes from senior Tories desperate to express their sympathies for families left bereft by the crisis. However, critics of the government accused the cabinet of failing to supply adequate protections for frontline workers.

In a statement Colin Mahoney, said: ‘We are shocked to hear that so few families have claimed. Let’s be clear…no amount of money can make up for the loss of a loved one. But what the state can do is provide bereaved families with the help and support they deserve. People have lost mothers, fathers, brothers, sisters – and all because staff had the integrity to carry on doing their jobs.

‘We urge the government to contact affected families and encourage them to claim. It’s not good enough to murmur about it at a press conference or put an ad in the paper. These families need to know that their relatives’ sacrifices will be honoured – we owe them that at least.’

Mr Mahoney also said that The Workers Union has been campaigning for better standards of protection throughout the crisis.

‘Over the last few months we’ve constantly been drawing attention to inadequate protections for workers. Our inbox is overflowing with members who are worried that they are being forced back to work too soon. We’re calling on the government to make the ‘guidance’ around face masks and social distancing measures compulsory. We’d also want to see a fund made available for businesses that require extra resources in order to adapt to the change in circumstances.