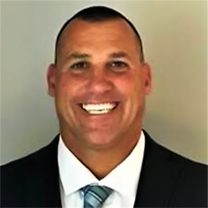 MANAHAWKIN, NEW JERSEY, UNITED STATES, July 28, 2020 /EINPresswire.com/ — Conflict is a normal part of life; one you can learn a lot from whenever it occurs. It is not just a problem you need to solve, it can also be an opportunity to learn about yourself and those around you. Growing personally and professionally. In fact, conflict can be a force for positive change if handled the right way.

“Conflict arises when people disagree over perceptions, ideas, values, motivations, or desires. This can be a common occurrence when dealing with an emotional topic such as education. Different people are not expected to agree every time on everything. And since conflict can arise at any point, it is important to learn how to deal with it Instead of running away or avoiding it,” says George Chidiac, Stafford Township Superintendent. “Ultimately, if we avoid conflict situations, we lose the opportunity to deepen our relationships with our colleagues.”

The first thing to do when you find yourself in a conflict situation with another individual, whether at work or in your personal relationships, is to try tackling the problem as a team.

When people are in a conflict, they tend to see each other as the source of the problem. However, if they can reframe where the problem is, then the solution is going to be found a lot faster and easier. Identifying the particular problem instead of blaming a single colleague makes you both potential collaborators and allies in solving the problem, instead of rivals.

According to George Chidiac, changing the situation from a win-or-lose case to a shared battle can strengthen a team. The issue will be tackled collectively by the parties involved, without looking out for who has a problem, who is wrong, or who is responsible. While trying to tackle the issue at hand, you are likely to learn something from your new collaborator(s), something new you didn’t realize before the conflict.

“Every conflict has invaluable lessons that are capable of helping you grow for the better. Ask yourself what you have learned, the values, needs, and goals your colleagues have that you were previously unaware of. Aim to leave that conflict with three lessons at least. As a result of what you have learned, you should also try to add something new to your personal or professional policy in a way of changing for the better. Opportunities for positive change should never go to waste,” says George Chidiac.

Next, try to widen the circle of change. If you are experiencing conflict due to a particular reason, there are chances that other people around you are experiencing the same, or something similar, since problems exist in different forms. After learning what you can from your particular conflict, check to see if the same lessons or changes you applied in your case will work or have the same positive effect on others.

George Chidiac explains conflict isn’t something to be scared of, it is natural and often inevitable. However, it also presents an invaluable opportunity for growth, an opportunity to see or learn about something you were previously ignorant of in your personal life, relationships, and career. As a result, you will make changes for the better.