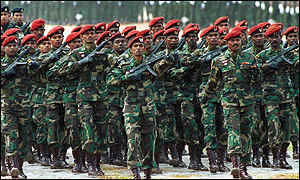 Continued presence of the Military in the Northern Province would be hampering a free and fair Election. Military be restricted to their barracks during the Election.”
— Justice Wigneswaran

Justice Wigneswaran is leading a five party alliance called "Thamizh Makkal Thesiya Kootani" and is contesting in North and East of the country.

The latest incident took place on July 28th in Jaffna, when Wigneswaran was attending an election rally in a place called "Gurunagar" close to Jaffna town.

According to a letter written by Wigneswaran to Sri Lankan President Gothabaya Rajapakse and copied to the Prime Minister and to the Chair of the Election Commission stated that:

"Around 8 pm 14 soldiers attired in completely black uniforms (Black Cats?) on Motor Cycles (two each in seven motor cycles) drove into the arena of the Meeting made disturbing noise with their raised engines, perambulated around and waited until I left the meeting after a few minutes. Then when my car went out of the area of the meeting the seven motor cycles with 14 men on them rode around my car , parked for some time on the sides, cut into the path of the car and drove on single file in front until they disappeared into a side lane."

The letter further states that this might convey the wrong message to the People and might curtail the voting process.

"I hope this incident would be investigated and acted upon. May the Parliamentary Election 2020 in the Northern Province be free and fair undisturbed by the presence of the Army."