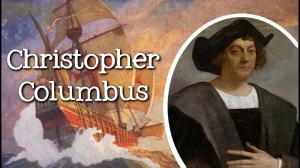 BLOOMFIELD, NJ, USA, September 16, 2020 /EINPresswire.com/ — The Italian American ONE VOICE Coalition (“IAOVC”), a nationwide coalition of anti-bias activists, has filed suit in Federal US District Court against The Township of West Orange, NJ, seeking an injunction to have the Christopher Columbus statue returned to its original location.

“We tried everything we could to stop local officials from removing the Columbus statues, stated Dr. Manny Alfano, President and Founder of IAOVC. “When they turned a deaf ear to our pleas, we were forced to defend our heritage by going to federal court.”

In the wake of civil unrest over the last several months, in addition to other historical figures, Columbus statues and monuments have been vandalized, beheaded, toppled or destroyed. These criminal acts were justified by the perpetrators based on the popular narrative claiming that Columbus was responsible for a wide array of atrocities. Such claims have been disputed and debunked by reputable sources and accurate historical context.

“This suit against West Orange serves as a warning to elected officials in every town, city and state that we will not stand by as they consider removing an important symbol of our heritage,” concluded Alfano.

IAOVC’s sole focus and objective is to fight bias, stereotyping and discrimination against Italian Americans. It is the only national Italian American organization with this exclusive mandate. IAOVC’s stated mission is to “…secure the rightful representation of Americans of Italian origin and of all peoples whose paths toward social equality have been impeded. The powers of intellect, wisdom and due process of law will be brought to bear on all inequities.”

IAOVC issues a regular email newsletter, “The Alfano Digest,” to over 5,000 individuals and Italian American organizations nationwide. Written and compiled by IAOVC founder and President, Dr. Manny Alfano, the Digest issues alerts on instances of bias, stereotyping, discrimination and defamation as well as activates the IAOVC nationwide network of “Defenders” who respond through calls, emails, social media, letters and demonstrations where necessary. The Alfano Digest also contains interesting and informative Italian American educational, cultural and heritage news and information.