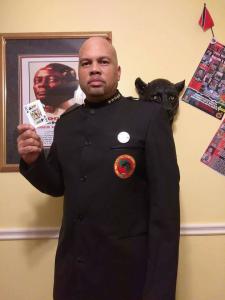 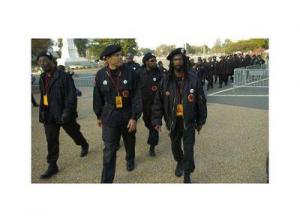 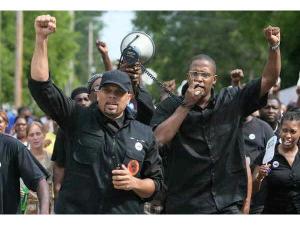 ATLANTA, GA, UNITED STATES, September 18, 2020 /EINPresswire.com/ — With great sadness, we announce the loss of Chairman Hashim Nzinga, the National Chairman of the New Black Panther Party for Self Defense. Brother Hashim Nzinga, our beloved Five-star General, joined the ancestors’ early morning Wednesday, September 9, 2020. Hashim transitioned at his home surrounded by his loving family. Hashim battled Stage 4 colon cancer and was given six months to live. Being the warrior and soldier that he was, Hashim fought to the end and never complained. Hashim Nzinga was born in Midland, Texas on July 24, 1962.

In 1994 Hashim became the Chief of Staff for Minister Khallid Muhammad, the controversial and popular former Nation of Islam Spokesman for the Honorable Minister Louis Farrakhan and later, the New Black Panther Party Chairman until February 17, 2001. Minister Hashim then served as the NBPP National Chief of Staff from 2001 until 2013 under the leadership of NBPP Chairman Malik Zulu Shabazz. During this span Hashim served on the frontlines of many campaigns of justice for Blacks including the 1998 Million Youth March in New York; the 2005 Millions More Movement effort; the 2006 Duke University Lacrosse team alleged rape incident; the 2007 West Virginia Megan Williams rape and torture case. Hashim Nzinga has represented and aided such music stars as Lil’ Boosie and Webbie; Pimp C and Bun B of UGK; Erykah Badu and others.

Minister Hashim Nzinga was a loving father and leaves behind seven beautiful children to carry on his legacy. Hashim is beloved all throughout the Black nation by scores of activists and scholars who were touched by his warm and genuine personality as well as his principled convictions.

Panther Comrades, the Chairman always said, “Hold the Line,” and now more than ever we have to band together and “Hold the Line” and send our beloved Chairman to his final rest with the utmost respect.

All are welcome to the 3pm program to hear and see the love afforded to one of our great servants of the Liberation Movement of our people.