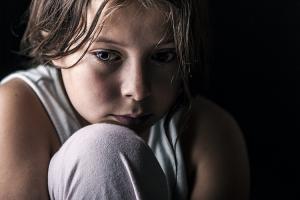 CCHR, a mental health watchdog, says a lawsuit and criminal investigations into and prosecution over child sexual abuse at for-profit behavioral hospital in Virginia should prompt government to act on psychiatric child abuse and close the facility.

CCHR says lawsuit, criminal investigations into and prosecution over child sexual abuse at for-profit behavioral hospital in VA should prompt government to act

LOS ANGELES, CALIFORNIA, UNITED STATES, October 27, 2020 /EINPresswire.com/ — Twenty former patients, who were children while being treated at a for-profit behavioral hospital in Virginia, have filed a lawsuit seeking $127 million in damages over allegations of sexual abuse, physical assaults and battery, attempts to deceive public and state health officials and reckless disregard.[1] Citizens Commission on Human Rights International says the serious allegations, along with a police investigation into accusations of patient sexual abuse against the facility’s former medical director and a psychotherapist who treated there, warrants state action to close the facility.

The former medical director named in the lawsuit is under criminal investigation for allegations that he inappropriately touched young female patients during routine medical exams. Twelve former patients alleged he sexually abused them.[2] In February 2020, a grand jury indicted a psychotherapist from the same facility on two counts of object sexual penetration by force of a former patient in 2018 and 2019 while he worked at the hospital.[3] The psychotherapist is also named in the lawsuit.[4]

At least 20 psychiatric facilities owned by the company have shut down since 2012, including one in Virginia, Keystone Marion Youth Center, closed in the wake of serious allegations and a lawsuit that resulted in the company agreeing to pay $6.85 million to the U.S. and the Commonwealth of Virginia to settle a False Claims Act lawsuit.[5]

CCHR says systemic abuse of children in the “troubled teen” behavioral industry has been brought to the attention of state and federal authorities for decades and the lack of oversight and accountability has allowed the abuses to continue. The Centers for Medicare and Medicaid Services (CMS) rarely shuts off funding to hospitals, despite repeated allegations of abuse. Exclusion from CMS contracts also does not appear to be a prevalent action which could prevent fraud and abuse. Yet, “Exclusion is an important tool in our ongoing battle against health care fraud,” said Maureen R. Dixon, Special Agent in Charge of the Office of the Inspector General for the U.S. Department of Health and Human Services earlier this year.[6]

Dixon was referring to a behavioral clinic in Pennsylvania owned by a different company and which provided outpatient psychiatric and psychotherapy mental health services to individuals, including to low income patients. It billed Medicaid for services never rendered and for falsely inflated services and created false patient progress notes and billing sheets. The facility was excluded from CMS reimbursement for 25 years and fined $1.65 million. U.S. Attorney McSwain said that the settlement “represents our commitment to holding accountable those who engage in fraud….”[7]

The same cannot be said about the facility in Virginia, the owner of which recently settled a U.S. Department of Justice investigation into about 30 of its psychiatric facilities for $127 million. As part of a fraud settlement, the DOJ’s criminal investigation was dropped and the company could claim no wrongdoing or liability.[8] As such, there was no CMS exclusion. About one-third of company’s Behavioral Division’s revenues are derived from taxpayer dollars, such as Medicare, TRICARE, and Medicaid.[9]

The Bazelon (mental health law) Center provided an Amicus Brief to the court saying that the company continues to “commit the same violations again and again,” and their “record of repeat violations seems even more alarming when considered in light of some of the company’s statements and its increasing role in our mental healthcare system.”[10]

Three months after the DOJ case was finalized, the Virginia lawsuit made serious claims that pressure was put on admission staff and doctors to admit children to fill beds knowing staff was inadequate. Staff were allegedly also encouraged to keep patients admitted despite their no longer being required to remain there and to introduce false diagnoses and change medical records, so patients stayed longer and increased profit.[11]

In October, 2020, a registered nurse who had worked at the facility, called for it to be shut down, after she said she witnessed child abuse, according to CBS 6 News. “My soul will not allow me to continue employment within a facility where children are knowingly abused without appropriate action being taken,” read the resignation letter the nurse sent to the hospital’s CEO. “Under no circumstances is abuse against a patient, much less a special needs child, appropriate in any fashion!”[12]

CCHR supports the nurse’s calls and continues to demand state and federal patient and fraud protections by implementing far stronger penalties for abuses, including CMS program expulsion and criminal accountability in the behavioral hospital industry.