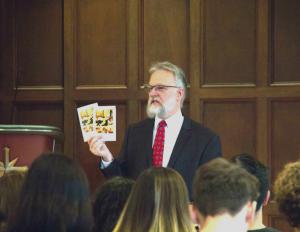 At last year’s International Religious Freedom Day service, Rev. Fesler described the impact of the passage of this bill in 1998 and presented those attending with a booklet published by the Church of Scientology International on the freedom of religion. 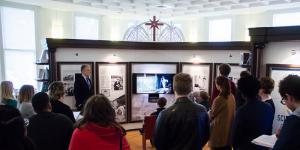 In previous years, the Nashville Church has invited students to tour on International Religious Freedom Day. 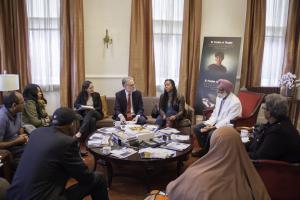 COVID-19 has also interrupted the interfaith meetings hosted by the Church. Rev. Fesler and the other staff at the Church of Scientology Nashville look forward to resuming these activities when it is once more safe to do so.

LOS ANGELES, CALIFORNIA, UNITED STATES, October 28, 2020 /EINPresswire.com/ — In any ordinary year, the Nashville Church of Scientology holds a special service to observe International Religious Freedom Day, open to members of all faiths or none. But this is no ordinary year. “This year, COVID-19 has changed so much for all of us,” says Rev. Brian Fesler, pastor of the Church.

“Without freedom of religion, or freedom of thought, freedom itself cannot exist,” says Rev. Fesler on the importance of International Religious Freedom Day and what it means not only to Americans but to people the world over.

International Religious Freedom Day October 27 marks the passage of the Religious Freedom Act of 1998, which established the office of the United States Ambassador-at-Large for International Religious Freedom and highlighted America’s responsibility to the world in guaranteeing Universal Declaration of Human Rights Article 18: “Everyone has the right to freedom of thought, conscience and religion; this right includes freedom to change his religion or belief, and freedom, either alone or in community with others and in public or private, to manifest his religion or belief in teaching, practice, worship and observance.”

“Probably the most critical point of attack on a culture is its religious experience. Where one can destroy or undermine religious institutions then the entire fabric of the society can be quickly subverted or brought to ruin.

“For the last hundred years or so religion has been beset with a relentless attack. You have been told it’s the ‘opiate of the masses,’ that it’s unscientific, that it is primitive; in short, that it is a delusion.

“But beneath all these attacks on organized religion there was a more fundamental target: the spirituality of Man, your own basic spiritual nature, self-respect and peace of mind.”

Mr. Hubbard also recognized the role of the artist in asserting the ideals of a society. “A culture is only as great as its dreams, and its dreams are dreamed by artists,” he wrote. And nowhere is that more evident than in cultural centers like Nashville.

In keeping with these words, in April 2009 when Mr. David Miscavige, ecclesiastical leader of the Scientology religion, dedicated the new Church of Scientology and Celebrity Centre of Nashville, he called on Nashville Scientologists to help the city fulfill her destiny and “write a song that will uplift every Man.”

“The new Ideal Org and Celebrity Centre signals great things for tomorrow,” he said. “And when you couple that with our ability to recover to individuals their inherent creativity, our ability to reawaken dreams and restore the power to achieve those dreams, yes, we can now make good on what L. Ron Hubbard tells us regarding the artist as creating the beauty and glory on which cultures depend.”

Scientology Beliefs: Respect the Religious Beliefs of Others