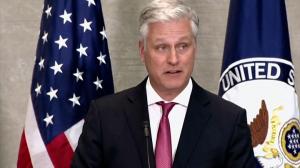 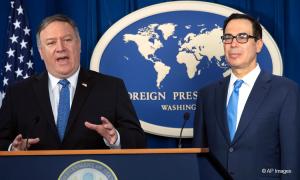 WASHINGTON, D.C., UNITED STATES, November 16, 2020 /EINPresswire.com/ — The Oromo Legacy Leadership and Advocacy Association (OLLAA) formally urged Robert O’Brien, the United States National Security Advisor, to work with the Departments of the Treasury and State to impose Global Magnitsky Act sanctions against members of the Ethiopian security forces that have approved, funded, participated in, or otherwise aided in the extrajudicial killings, torture, and sexual assaults of members of the Oromo ethnic group.

Congress has also voiced its concern opposing these significant human rights abuses in Ethiopia. The House passed H. Res. 128, with 114 cosponsors, in the 115th Congress that cited “arbitrary arrests, killings, and torture committed by security forces, restrictions on freedom of expression and freedom of association, politically motivated trials, harassment, and intimidation of opposition members and journalists.” The Senate Foreign Relations Committee also favorably reported S. Res. 168, with 32 cosponsors, in the 115th Congress, which called for the application for Global Magnitsky sanctions against foreign persons responsible for these murders, torture, and other gross violations of human rights.

OLLAA went on to press the case with the National Security Advisor that these human rights abuses are crimes against humanity, and the United States government should use its tools provided by Congress to hold the perpetrators publicly accountable and deter such future activity through Global Magnitsky sanctions.

For all inquiries relating to this press release, please contact: