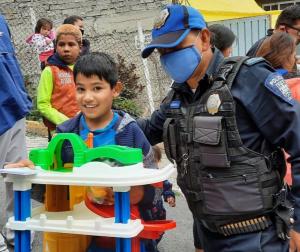 A unit of auxiliary civil defense police team up with The Way to Happiness Foundation to help children in Mexico’s most crime-ridden slum with a gift they hope will change their lives. 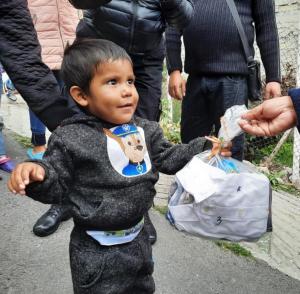 Smiles like these made the afternoon memorable for all who took part. 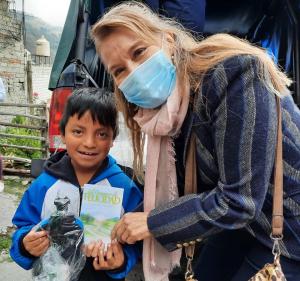 Humanitarian Rosalba Cordero uses The Way to Happiness to prevent crime and violence. 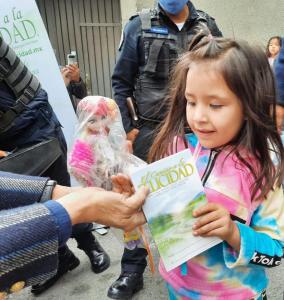 She works with youth to help them with a moral code that can help them escape the conditions they live in and achieve happiness and success. 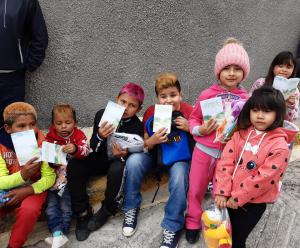 The children of Cuautepec de Madero are among the most marginalized, at-risk youth of Mexico City. This project was carried out to give them a fighting chance.

A humanitarian group and the police bring the joy of the season and a path to a better future to children in Mexico City’s most marginalized neighborhood.

LOS ANGELES, CALIFORNIA, UNITED STATES, November 22, 2020 /EINPresswire.com/ — Mexico City’s Cuautepec de Madero is a hotbed of high-impact crime. But the police who pulled up in the barrio November 20 were not there to make arrests. Their cars were filled with toys. And the masks they wore to protect them from COVID-19 couldn’t obscure their smiles as they surprised the children with dolls and games.

But their real hope lay in The Way to Happiness booklets they placed in the hands of each child—a booklet they hope will keep them out of the grasp of the cartels and will open the door for them to a better life.

The Way to Happiness is a common-sense guide to better living written by author and humanitarian L. Ron Hubbard.

Children in this impoverished barrio grow up “surrounded by violence,” says humanitarian Rosalba Cordero. “They are in a state of confusion because they don’t have a moral code to follow.” For years, she has seen the effect of the violence that pervades children’s lives: there is violence in their homes, in their schools and on the street. And seeing no way out of the conditions that surround them, children turn to crime.

Cordero is President of the Social Development and Recovery of Values Association. Her husband José is the association's executive director. They use The Way to Happiness to provide children with a moral code they can use as a tool for the rest of their lives.

The Corderos also use The Way to Happiness to reach the country’s most hardened criminals, providing them with an alternative to a life of crime. They deliver training based on the 21 precepts of The Way to Happiness inside some of the country’s most notorious and dangerous institutions. And they get results. Among prison populations where recidivism is usually 80 percent, only 1 percent of their graduates return to jail.

Their work to restore morality and peace has earned the Corderos the recognition of the Mexican federal government. And in October 2019 at the International Association of Scientologists (IAS) 35th-anniversary celebration, Mr. David Miscavige, ecclesiastical leader of the Scientology religion, awarded them the coveted IAS Freedom Medal.

The Corderos are featured in an episode of Voices for Humanity on the Scientology Network— launched by Mr. Miscavige in March 2018. It is available in 17 languages through DIRECTV Channel 320 and at www.scientology.tv.