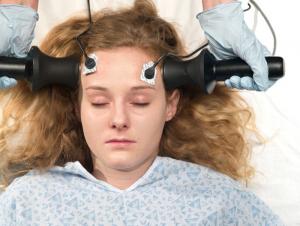 An Australian judge’s condemnation of a dangerous psychiatric treatment linked to 48 deaths and once used in U.S. mind-control experiments, ignites new calls for a global ban on electroshock treatment.

Australian judge’s condemnation of a dangerous psychiatric treatment linked to 48 deaths and used in mind-control experiments, ignites new calls for ban on ECT

LOS ANGELES, CALIFORNIA, UNITED STATES, December 1, 2020 /EINPresswire.com/ — Citizens Commission on Human Rights International, a mental health industry watchdog, said a recent finding by an Australian federal judge has vindicated hundreds of patients subjected to potentially lethal Deep Sleep Treatment (DST) involving heavy psychotropic drugs and electroshock. Jan Eastgate, the international president of CCHR, said the group helped get the practice banned in New South Wales in 1983 following 48 deaths. It also exposed its use in U.S. Central Intelligence Agency (CIA)-funded brutal experiments during the 50s and 60s, where patients were electroshocked while in a drug-induced coma.[1] But a judgement on November 25, 2020 has reignited calls for electroshock treatment (ECT) used in DST to also be banned.

The Australian findings were in relation to two former DST doctors who questioned the publication of a 2016 book, the author of which had re-hashed the findings of an NSW Royal Commission into DST in 1988-1990, and other reports, including coroner inquests. CCHR and a nurse, Rosa Nicholson, had played a pivotal role in obtaining the re-opening of coroner inquests that linked DST to the deaths, and other actions leading to the $15 million government inquiry that condemned DST. Two DST doctors waited nearly 30 years to challenge the Commission findings that relied upon testimony from patients, CCHR, nurses, and international experts that condemned DST. The experts also were critical of the way in which ECT was practiced at the now-closed for-profit Chelmsford psychiatric hospital. (Read article on the case[2])

In a multi-million-dollar challenge, this year’s findings were the opposite of what the doctors, one a former deregistered psychiatrist, had anticipated.[3] Judge Jayne Jagot of the Australian Federal Court NSW Registry reinforced the Royal Commission findings, stating the Commission’s report “exposed atrocities and horrors at Chelmsford and the applicants’ roles in perpetuating those atrocities and horrors on patients who, on any reasonable view, were the victims” of “gross negligence, unethical conduct and medical malpractice.”

Further, “In my view, the very nature of DST was dehumanizing and traumatizing. Patients and their families were not informed about what was proposed. Patients were rendered effectively comatose for no good reason, for lengthy periods, making them defenseless, helpless, and incontinent. While sedated they were subjected to ECT without anesthetic, oxygen or muscle relaxants.”

The case reflects problems that still exist with electroshock today, including in the U.S. As used in DST, Judge Jagot said: “Many patients were not told they would be given ECT, and if they had known, would never had allowed it.” Eastgate, whose CCHR headquarters are in Los Angeles, said: “In the U.S. today, statistics on the number of patients forced to undergo ECT without consent or based on misleading, if not fraudulent, information is not maintained. Consumer fraud is notorious, because often patients are not informed ECT causes brain damage.”

Judge Jagot also stated: “ECT was open to abuse and was routinely abused” at Chelmsford hospital. “This reinforces my conclusion that it is likely that no patient gave informed consent to DST because no patient would have knowingly consented to a procedure with such a serious risk of harm and death had they been informed (as they should have been) about available alternatives and that DST was an experimental and unproven procedure.”

Eastgate and the former Chelmsford Hospital whistle-blower nurse, the late Rosa Nicholson, worked together for many years exposing DST and ECT in Australia. Judge Jagot’s judgement reinforced the vindication Nicholson obtained in the Royal Commission. The nurse had photocopied records as evidence against DST, which CCHR turned over to the NSW Attorney General to act and which helped CCHR to get four coroner’s inquests re-opened.[4] Eastgate and Nicholson met following a DST psychiatrist who was publicly exposed for his sexual affair with a patient he’d electroshocked and her subsequent suicide. The psychiatrist, himself, was put under DST after this and years later committed suicide.

When the DST case arose again this year after so many years, Eastgate, wrote a tribute to the nurse to reinforce the facts about her work.

As Judge Jagot quoted, “Rosa Nicholson became the central figure in exposing the truth about the dozens of deaths caused by medical malpractice inside Chelmsford Hospital.” Further, her contribution “to the exposure of the iniquitous goings-on at Chelmsford was a worthwhile endeavour that has increased, not reduced, the total sum of human knowledge.”

In a united effort, patient survivors of DST, especially the late former actor, Barry Hart, their families, nurses, several journalists, legislators and CCHR, provided a legacy of patient rights, which CCHR says are currently being undermined in Australia that has seen a nearly 50% increase in the use of ECT since 2010. In the U.S., over 100,000 Americans every year are subjected to ECT, some aged 0-5, according to State information. The over $3 billion a year industry prompted CCHR’s latest documentary, Therapy or Torture? The Truth About Electroshock, which includes the story of DST.

The delivery of DST in NSW is a criminal offense under the NSW Mental Health Act, while in Western Australia, ECT is banned and carries a jail sentence and/or financial fine if administered to minors. In the U.S., CCHR and ECT survivors were also instrumental in obtaining a ban on ECT use on minors in four states. CCHR wants to see such a ban extend to all age groups globally. An online petition also supports a ban on ECT.

CCHR International also encourages patients damaged by ECT or their families to report this to the group using its online abuse report form here: https://www.cchrint-programs.org/acms/case/create