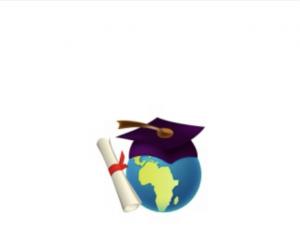 Sherrill, once a lifelong Democrat, for nearly 40 years, joined the Republican Party 2011 in spite the controversy presented being an African American. “Everything was going fine until Donald Trump came into the Party,” says Sherrill who fought fervently to enlighten his people that an Exodus from the Democratic Party was necessary if they were ever going to achieve economic parity in America.

Instead, Sherrill was forced to watch as the Party he had so much hope for became a Party for White Nationalists and White Supremacists! Alienated, to say the least and outraged by the racism permeating the Party, Sherrill, a plaintiff in the infamous Texaco Racial Discrimination Lawsuit refused to sit by and do nothing. With the recent discovery of his Great, Great, Grandparents who were slaves on the brutal cotton-fields of the Belvedere Plantation, Eutawville South Carolina, Sherrill met some dignitaries from South Africa who wanted to assist him in finding his true roots, especially since he wasn’t famous enough for the TV show, Finding Your Roots with Henry Louis Gates. Shortly thereafter, his sister convinced him to take one of those DNA tests. Sherrill was ecstatic to find that he was 92.7 percent African. Sherrill could hardly wait to share the news. Suddenly, the Motherland had new meaning!

The Candidate began meeting many dignitaries from across Continent. First he was introduced to Advocate Sarfo Abebrese – Founder of COSUA- COSUA has the mandate of the African Union and other sub-regional bodies like ECOWAS – Economic Community of West Africa States. Shortly thereafter the Write in Candidate was introduced to Dr. Frederick Nwosu – President of IIAS and the Human Rights Defence Group by Dr. Cherydene Cook, member of IIAS- another consortium of powerful organizations dedicated to the fight against injustices on the Continent.

IIAS was established in June 2013 to serve doctoral and other social science researchers. Since then, it has helped several scholars across the globe. It collaborates with other entities such as the Journal of Functional Education, Global Peace Missions (NGO), Emmanuel University, and Center for Academic Research and Educational Sustainability among others. Through the instrumentality of these collaborating entities, Fellows of IIAS have found platforms to express their talents and global presence. The Institute has its headquarters in Accra, Ghana.

Human Rights Defence Group International was founded in 1994 by Albert W. Mukong in efforts to monitor and address the widespread human rights abuses in Cameroon and the world. Its membership spread in Europe, USA, and some parts of Africa. Mr. Mukong’s vision was the liberation of the minds of Africans, from enslavement, colonialism and dictatorship. This could be achieved only through grass roots education of the inalienable rights of the people. With freedom of the mind achieved he foresaw the Independence of Africa and visioned African Unity.

“If you think for one moment that we all are going to sit back and watch the continued exploitation of Africa you are so very, very, sadly mistaken,” says Sherrill! Sherrill has also met the Vice Chair of the African Union Commission, H.E. Kwesi Quartey along with the Ambassador of Kenya via Video conference during her birthday celebration. It is also very important to acknowledge the head of The Throne Abroad Advisory Council led by HRM Dineo Meko, who was very instrumental in making these distinguished acquaintances and was also very instrumental in having Mr. Sherrill interview on South Africa Television via Zoom with top reporter Peter Ndoro. It was HRM Dineo Meko that advised the 2020 Write in Candidate that he needs to meet the former Ambassador of the African Union to the United States, Dr. Arikanna Chihombori-Quao, who was fired by the current Chair of the African Union, from Chad- (Formerly a French Colony), for exposing the blatant extortion by France of its former colonies in Africa.

After extensive research and various live interviews by Dr.Quao, Sherrill was not only outraged, but appalled by what France has been doing in Africa. Sherrill who has zero tolerance for such blatant extortion and exploitation – the 2020 Write in Presidential Candidate swore that France will cease and desist from this thievery of Africa and also its mandated reparations from Haiti. To add insult to injury, Sherrill has just recently learned that the current Chair of the African Union, H.E. Mossa Faki has somehow eliminated all candidates, especially Vice Chair Kwesi Quartey and Dr. Arikanna Chihombori-Quao from running for Chair of the African Union Commission, thus leaving the current Chair running unopposed and continuing to do France’s bidding on the continent.

Advocate Sarfo Abebrese of COSUA has garnered over 28 million signatures to postpone the election, but to no avail and now the International Institute for African Scholars and the Human Rights Defence Group International are also joining with COSUA to “STOP THE STEAL” in the upcoming election in the African Union! Ironically, four of the last five Chairs have been former colonies of France. We will be calling on the Biden Administration and its new Ambassador to the UN to take a very serious look into this blatant extortion that has taken place in Africa by France and demand that France cease and desist immediately.

As the African American people of the United States become aware of what you are doing in Africa, our Homeland, we hope Mr. Biden remembers who elected him! We will no longer stand by and accept what is happening in Africa!