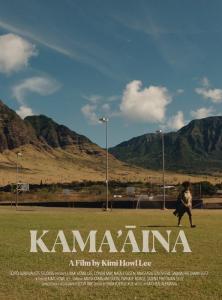 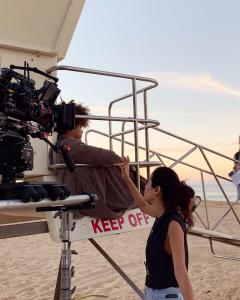 Behind the Scenes of Kamaʻāina 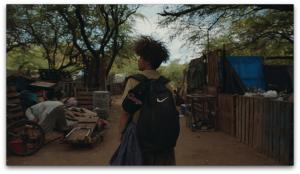 Written and directed by first time director, Kimi Howl Lee, Kamaʻāina, which in Hawaiian means “child of the land” and refers to any resident born on the islands – regardless of their racial background, follows a queer 16-year-old girl, Mahina, who must navigate life on the streets in Oahu, until she eventually finds refuge at the Pu’uhonua o Wai’anae, Hawaii’s largest organized homeless encampment.

“Our intention with Kamaʻāina was to shed light on the staggering homeless crisis that plagues Hawaii’s youth, without fetishizing the hidden poverty in paradise,” stated Lee. “The cast was primarily houseless, first-time actors, including our 16-year-old lead, Malia Kamalani, whom we met at the local Starbucks.”

“We would love to ultimately gain distribution for this film, but our main goal is to continue raising awareness of Aloha Lives Here in order to assist in building permanent housing structures.” said producer Natalé Olsen.

“Kama'āina delivers on all the possibilities of short filmmaking: telling stories in fresh, new ways while also having an impact that reaches beyond entertainment. Lee's short introduces audiences to an unfamiliar part of paradise with compassion, realness, and beautiful kindness.” stated Caryn Coleman, Future Of Film Is Female.